We’ve got traditional detective stories, P.I. books, amateur sleuths, and a woman out-for-revenge. From by-the-book to the unexpected, there’s something here for every kind of crime reader who loves a female lead. 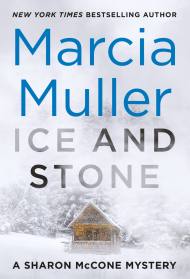 When the bodies of two Indigenous women are found in the wilderness of northern California, it is only the latest horrific development in a string of similar crimes in the area. Despite all evidence to the contrary, officials rule the deaths isolated incidents, which soon join the ranks of countless other unsolved cases quickly dismissed by law enforcement.
In a town where too many injustices are tolerated or brushed under the rug, only a few people remain who refuse to let a killer walk free. But Private Investigator Sharon McCone is one of those few. She is hired by an organization called Crimes against Indigenous Sisters to go undercover in Meruk County—a community rife with secrets, lies, and corruption—to expose the truth.

One of these books is not like the others. Spoiler: it's this one! This Japanese crime novel starts with a middle school teacher addressing her class on her last day of teaching. Maybe some tears, well-wishes, a goodbye speech? Nope. Her daughter has died and she’s about to drop a huge bomb on the class (thanks to her own sleuthing) that will then spread into their lives as we slowly see that day, and the day the teacher's daughter died, from different perspectives. Looking for a dark-ish standalone that explores grief and revenge? This is your next read! 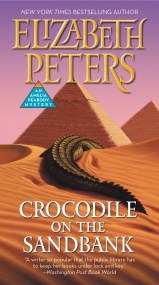 Travel to Egypt in 1884 along with Amelia Peabody, a thirty-two-year-old heiress spinster whose travel companion is too sick to accompany her—which opens the door for her to meet a new companion, Evelyn Barton-Forbes. But it’s not all fun and games as this trip quickly brings a mysterious mummy, a kidnapping attempt, and enough suspicious accidents to make it seem like someone is after Evelyn. There’s adventure, mystery, friendship, and romance. Plus, nineteen more books to enjoy! If you’re looking for an LA detective who is never here for nonsense, has a new partner, a cheating husband she really needs to kick to the curb, and a sister who went missing in childhood, have I got the perfect series for you! L.A. detective Elouise “Lou” Norton is snarky, smart, and determined—a thing that comes in handy considering she’s stuck with a new partner, a crappy husband, and trying to solve the case of a teen girl who was found murdered on a construction site. And it's the case that may finally lead to answers about her own sister...

You may already know Connelly’s work because of his police procedural starring Harry Bosch. But did you know he has a new series about a young detective named Renée Ballard? She’s stuck on the Hollywood night shift where she may get to start cases, but they’re finished by the daytime detectives. It’s her punishment for filing a complaint against a supervisor. And then a sex worker is beaten almost to death and a woman is shot dead in nightclub, giving her cases she refuses to let go of...

If you are a true crime podcast listener, pull up a chair! Anna McDonald's personal life has fallen apart: Her husband has left her for her best friend and taken the kids. To deal—or avoid dealing—she turns to a true crime podcast and gets way more than she bargained for when she realizes she once knew the accused in the case being discussed. Soon she’s on a road trip of sorts to figure out what really happened to the family on the podcast, with her best friend’s soon-to-be ex-husband (still rockstar) in tow. This book is a ride!

This is exactly the kind of premise I’m a sucker for: what if your childhood best friend sent you a Facebook friend request, but they’d died 25 years before?! I don’t know about you but I can’t read that and not need to know. So Louise is clearly going to have to figure out who is behind the friend request and why. And like any good mystery novel, there’s gonna be a lot of secrets finally unleashed...

Open with a locked-room mystery, throw in a (hot!) detective novel, and wrap it all in a working-in-fashion “chick-lit” where the women are friends and activists! Hillary Whitney is found dead in a locked room in the magazine’s office from what appears to be starvation. Even weirder is the postcard Detective Hutton receives from Whitney after the case is closed. Clearly, he’s going to have to keep investigating. But he’s not the only person on the case. Whitney’s funny, smart, career-focused, and slightly hot mess coworkers and friends, Cat and Bess, are also trying to solve the puzzle. 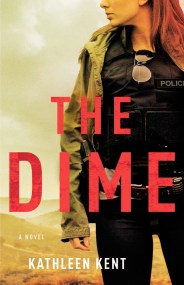 And I leave you with a fantastic series that's perfect for fans of traditional detective stories who are looking for female detectives. Betty Rhyzyk is a former Brooklyn detective who has moved to Dallas, Texas with her girlfriend and started a new job. She’s also brought the ghosts of her previous life with her. And by ghosts, I mean her dead uncle, whom she still talks to because he was her constant and good-advice-giver. Good advice is something she’s going to really need because this case that starts with a drug cartel is anything but simple, and Rhyzyk’s life is about to go sideways with this case... 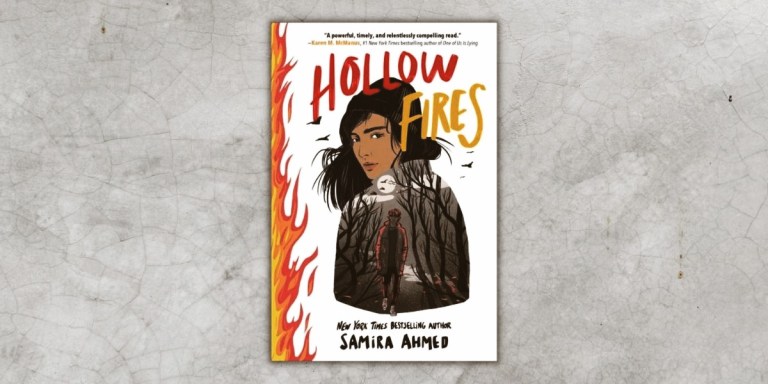