In the pantheon of American mystery writers from the South, there are very few who are as prolific and well-regarded as Stuart Woods. A sociology major, Woods began his writing career penning commercials and print advertisements. His interest in sailing led to writing nonfiction about his journeys, and he was even on the Irish version of To Tell the Truth.

But it was Woods’s first novel, Chiefs, that changed things for him. It was inspired by a police chief’s badge he found in his grandmother’s home. It belonged to his grandfather, who died wearing it, several years before Woods was born. The book won an Edgar Award for Best First Novel, and was made into a miniseries in 1983 with Charlton Heston and John Goodman. Woods himself even had a role in it.

Since the release of Chiefs in 1981, Woods has steadily written taut thrillers full of mystery and action, and can claim over twenty-nine consecutive hardcover releases on the New York Times bestsellers list. He now has seven separate series under his belt, with a lot of character crossover between them, for a total of over 80 novels.

If you are a thriller reader who has always wanted to venture into the Woods (sorry, not sorry), or are looking for a refresher on the Stuart Woods books, here’s a quick breakdown of his different series, along with one of the best titles from each one.

ALL SERIES BY STUART WOODS

Will Henry Lee starts out as a star of Woods’s first series. A police chief in Georgia, he must investigate a brutal crime. Later on in the series, it is his son, Billy Lee, a lawyer and war hero, who begins a career in politics, moving up the ranks of the government while still investigating crimes committed around him. There are seven books in this series, and Teddy Fay and Holly Barker have appeared in one book each. 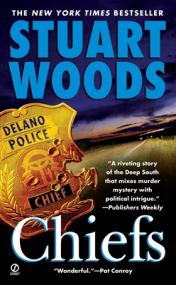 In 1920, police chief Will Henry Lee is sent to investigate the discovery of a body of a teenage boy, who appears to have been killed in some sort of ritual. What he uncovers will have ramifications for four decades of police chiefs, including a violent racist chief in the 1940s, and the first black police chief in the 1960s, who faces racism and opposition and is harboring a secret.

Barrington is the son of a wealthy Massachusetts family. He became a New York City police officer but left after fourteen years over disagreements with his superiors. Barrington is now a lawyer and private investigator who counsels clients who are in need of a man of his discretion. There are now more than fifty novels in the Stone Barrington series! The main characters in all of the other six series have all also appeared in several of them. 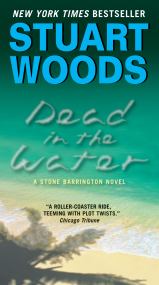 Dead in the Water

What Barrington hopes will be a romantic getaway to the islands of St. Marks goes horribly wrong when his traveling companion ditches him. Instead, he ends up spending his vacation defending a beautiful widow accused of murdering her husband aboard their yacht and dumping his body in the ocean.

Set in New Mexico, the Ed Eagle series is about a Santa Fe lawyer with a great track record for helping clients and not-so-great luck in marriage. (His wife drugs him and takes all their money in the second book.) There are four books in this series, and Rick Barron, Holly Barker, Teddy Fay have all appeared in his timeline. 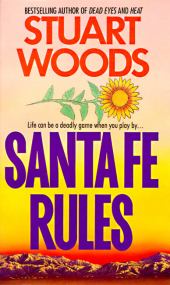 Hot-shot movie producer Wolf Willett is stunned to learn he is being reported dead, a victim in a triple homicide along with his wife and a friend. But Willett doesn't remember anything about that night, and has no idea about the identity of the third corpse. He hires ace lawyer Ed Eagle to defend him from murder charges as it becomes apparent that someone still wants him dead.

Barker starts off as a small-town police chief in Orchid Beach, Florida, before becoming a CIA Special Agent a few books into the series. There are six books in the Holly Barker series and Stone Barrington and Teddy Fay have each appeared in one. 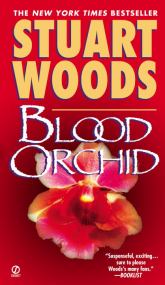 Barker, still reeling from the loss of someone close to her, joins forces with a handsome FBI agent to investigate murder seemingly tied to real estate deals in the area.

Barron is a recently demoted police detective working in Hollywood in the 1930s and ’40s. Greta Garbo, Clark Gable, and Bugsy Siegel have made cameos in his series. There are two books, one of which also features Stone Barrington. 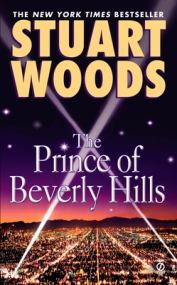 The Prince of Beverly Hills

After a run-in with his captain, Beverly Hills detective is demoted to security detail. On his first day back in uniform, he witnesses a car accident. Barron's discretion and handling of the incident lands him a promotion, but he learns some suspicious things surrounding the death of the man who held the job before him.

This is Woods’s first series not featuring a law-abiding citizen. Fay is ex-CIA, and a master of disguise, which he uses to get up to all kinds of not exactly legal activities. There are three books in this series and all also feature Stone Barrington. 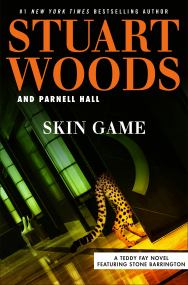 Teddy Fay returns to his roots in espionage, in the latest thriller from #1 New York Times-bestselling author Stuart Woods.

When Teddy Fay receives a freelance assignment from a gentleman he can't refuse, he jets off to Paris on the hunt for a treasonous criminal. But as Teddy unearths more information that just doesn't seem to connect, his straightforward mission becomes far bigger--and stranger--than he could imagine. The trail of bread crumbs leads to secrets hidden within secrets, evildoers trading in money and power, and a global threat on an unprecedented scale. Under the beautiful veneer of the City of Lights, true villainy lurks in the shadows...and Teddy Fay alone can prevent the impending disaster.

Herbie Fisher was Stone Barrington’s protégé at the law firm, where he managed to turn his life around after winning the lottery and hiring Barrington to help him straighten his life out. This is the only book in Fisher’s series so far, which also features Stone Barrington. 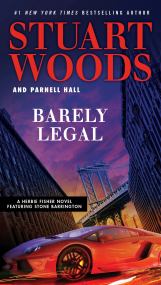 Fisher ends up trying a drug case involving a loan shark and the mob, a case that unwillingly gets him in its clutches and puts him at the center of the crosshairs. Which is something he should have expected, having taken over the case from a trial lawyer who stepped down after receiving threats. Will Fisher manage to make it to the end?