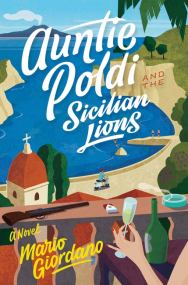 Mario Giordano's charming new mystery novel Auntie Poldi and the Sicilian Lions introduces an eccentric amateur sleuth, who I wish was my very own aunt.

At sixty, Auntie Poldi retires to Sicily to be closer to her sisters-in-law and find her joie de vivre.

But when her handsome handyman is found dead on a nearby beach, Auntie Poldi's relaxing retirement plans have to be put on hold. That's because Poldi can't help but investigate his mysterious murder.

Poldi’s keen sense of determination and curiosity leads her on an unforgettable and dangerous journey and helps her capture the heart of the lead detective on the case.

And the great news is that there's another installment of the Auntie Poldi Adventure series on the way in 2019.