“This intriguing tale of love and betrayal focuses on two outwardly close sisters, each with a big secret: Fans of domestic suspense will keep turning the pages to see what happens next.”

Have you signed the papers yet? They were delivered. 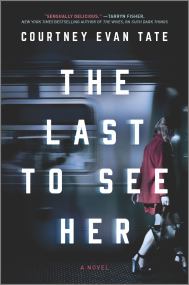 A woman disappears into the dark city night…
Gen is on the verge of a divorce from her cheating husband. When her sister, Meg, has a convention to attend in the Big Apple, she invites Gen along to celebrate her newly found freedom. But the perfect sisters’ getaway quickly goes awry when a tipsy Gen defiantly throws her wedding ring off the hotel room’s balcony. Then, wanting some fresh air, she decides to take a late-evening walk alone and vanishes without a trace.
The investigation that follows uncovers secrets—and betrayals—between sisters and spouses that will twist the truth in on itself until nothing is clear.
What really happened to Gen and who, besides Meg, was the last to see her?