What happens when the reigning Queen of Suspense teams up with an exciting new crime writer? You get the Under Suspicion series, written by veteran mystery writer Mary Higgins Clark and joined by Alafair Burke, a relative newcomer and writer of many great domestic thrillers. Their collaborative crime series is about Laurie Moran, a producer of a true crime TV show that re-examines high-profile cold cases by looking at those closest to the crimes–witnesses, suspects, sometimes even victims. Laurie herself is no stranger to murder, and her personal and professional lives intertwine in this riveting series, often with deadly consequences! The series has been so popular that it’s even in development to become a TV show with CBS! There may be some confusion about series order, as Clark wrote the first book solo and has been joined by Burke to write the rest of the series, so if you want to read the Under Suspicion series in order, this guide will take you through the books, start to finish! 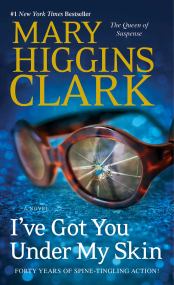 I've Got You under My Skin

In this first book in the series, we meet Laurie Moran and learn that her husband was murdered in broad daylight five years before the book starts. The murderer told their young son, the only witness, that he would be next–and then he'd go for Laurie. Laurie has done her best to put the past behind her and is excited to take on the job of executive producer of Under Suspicion, a new true crime show. Their first case? The unsolved murder of a socialite who was suffocated after a party. Reopening the case promises to be a high profile event, but when things don't go as planned, Laurie has to scramble to stay one step ahead of a killer. 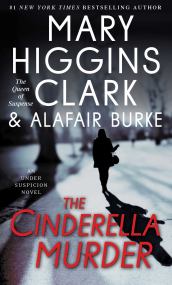 High off of her success with Under Suspicion's pilot episode–it really helps ratings if you can solve a cold case in your first shot!–Laurie focuses on finding a new case to crack. She thinks she's found the perfect one in the Cinderella Murder. A young aspiring actress is found murdered, miles away from her car, missing a shoe. Everyone has major questions about her death, her whereabouts, and her last actions. Laurie teams up with the Under Suspicion host, Alex Buckley, to shine a light on Hollywood's dark underbelly. 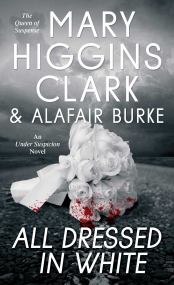 All Dressed in White

Laurie is hoping that her next investigation will be good for ratings, and she has the perfect mystery in the case of a missing "beloved" bride, Amanda Pierce. Amanda and her college sweetheart, Jeffrey, were all set to marry–and inherit millions–when she went missing the night of her bachelorette party. Amanda's mother is certain that Jeffrey did something to her for the money, but as Laurie peels back the layers of the case she learns that many people in the wedding party had motive–and the killer will stop at nothing to keep the truth of Amanda's death a secret. 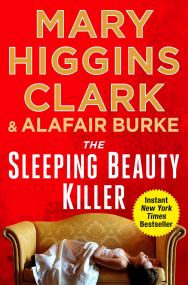 Laurie's life gets a shake-up when Alex takes a hiatus from the show and a hotshot new host is hired who clashes with Laurie at every turn, especially over their next case: Casey Carter. Casey was convicted for killing her rich philanthropist fiancé, and even though she's served her time, she's determined to prove that she was innocent all along. She wants Under Suspicion to do it publicly. Laurie is inclined to believe Casey if only she can run the show her way and resist outside influence...but what if she's wrong and Casey isn't actually innocent? 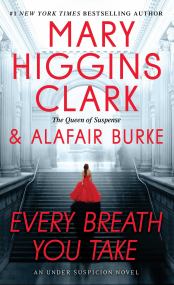 Every Breath You Take

Laurie's show is a huge success, but she still misses her easy professional (and romantic) relationship with Alex, and she has a hard time getting along with new host Ryan, even after their last episode and case. Ryan suggests looking into the death of a Met Gala donor and board member, who was found dead in the snow after being pushed from the building's roof. Laurie doesn't really think the case warrants looking into until a hot tip makes her reconsider everything she thought she knew about it! 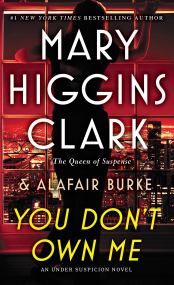 You Don't Own Me

Laurie is blissfully happy to be engaged to Alex and excited to plan her wedding and new life with her new husband in New York. Then, a couple approaches her and asks that she feature their son's murder on Under Suspicion. They've long suspected that their estranged daughter-in-law is responsible for his murder, and if they can prove it publicly via Under Suspicion, they can gain custody of their grandchildren. As Laurie probes the case, someone watches her from very close by, noting her every move, and plans to move in for the kill if Laurie gets too close. It's her most high-stakes investigation yet!

Tirzah Price is a writer and contributing editor at Book Riot who discovered her love of mystery by borrowing from her grandmother’s extensive collection of Mary Higgins Clark paperbacks. Find her on Twitter @TirzahPrice.