Learn More About the Books 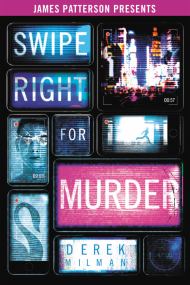 An epic case of mistaken identity puts a teen looking for a hookup on the run from both the FBI and a murderous cult in this compulsively readable thriller.
Finding himself alone in a posh New York City hotel room for the night, Aidan does what any red-blooded seventeen-year-old would do–tries to hook up with someone new. But that lapse in judgment leads him to a room with a dead guy and a mysterious flash drive…two things that spark an epic case of mistaken identity that puts Aidan on the run–from the authorities, his friends, his family, the people who are out to kill him–and especially from his own troubled past.
Inspired by a Hitchcock classic, this whirlwind mistaken-identity caper has razor-sharp humor, devastating emotional stakes, and a thrilling storyline with an explosive conclusion to make this the most compelling YA novel of the year. 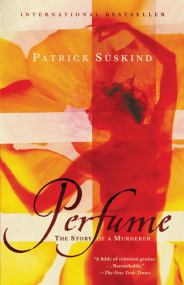 An acclaimed bestseller and international sensation, Patrick Suskind’s classic novel provokes a terrifying examination of what happens when one man’s indulgence in his greatest passion—his sense of smell—leads to murder.

In the slums of eighteenth-century France, the infant Jean-Baptiste Grenouille is born with one sublime gift—an absolute sense of smell. As a boy, he lives to decipher the odors of Paris, and apprentices himself to a prominent perfumer who teaches him the ancient art of mixing precious oils and herbs. But Grenouille’s genius is such that he is not satisfied to stop there, and he becomes obsessed with capturing the smells of objects such as brass doorknobs and fresh-cut wood. Then one day he catches a hint of a scent that will drive him on an ever-more-terrifying quest to create the “ultimate perfume”—the scent of a beautiful young virgin. Told with dazzling narrative brilliance, Perfume is a hauntingly powerful tale of murder and sensual depravity. 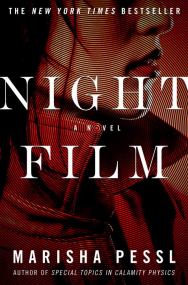 A page-turning thriller for readers of Stephen King, Gillian Flynn, and Stieg Larsson, Night Film tells the haunting story of a journalist who becomes obsessed with the mysterious death of a troubled prodigy—the daughter of an iconic, reclusive filmmaker.

On a damp October night, beautiful young Ashley Cordova is found dead in an abandoned warehouse in lower Manhattan. Though her death is ruled a suicide, veteran investigative journalist Scott McGrath suspects otherwise. As he probes the strange circumstances surrounding Ashley’s life and death, McGrath comes face-to-face with the legacy of her father: the legendary, reclusive cult-horror-film director Stanislas Cordova—a man who hasn’t been seen in public for more than thirty years.

For McGrath, another death connected to this seemingly cursed family dynasty seems more than just a coincidence. Though much has been written about Cordova’s dark and unsettling films, very little is known about the man himself.
Driven by revenge, curiosity, and a need for the truth, McGrath, with the aid of two strangers, is drawn deeper and deeper into Cordova’s eerie, hypnotic world.

The last time he got close to exposing the director, McGrath lost his marriage and his career. This time he might lose even more.
Night Film, the gorgeously written, spellbinding new novel by the dazzlingly inventive Marisha Pessl, will hold you in suspense until you turn the final page. "Social Creature is a wicked original with echoes of the greats (Patricia Highsmith, Gillian Flynn)." —Janet Maslin, The New York Times
For readers of Gillian Flynn and Donna Tartt, a dark, propulsive and addictive debut thriller, splashed with all the glitz and glitter of New York City.

They go through both bottles of champagne right there on the High Line, with nothing but the stars over them... They drink and Lavinia tells Louise about all the places they will go together, when they finish their stories, when they are both great writers-to Paris and to Rome and to Trieste...

Lavinia will never go. She is going to die soon.

Louise has nothing. Lavinia has everything. After a chance encounter, the two spiral into an intimate, intense, and possibly toxic friendship. A Talented Mr. Ripley for the digital age, this seductive story takes a classic tale of obsession and makes it irresistibly new. 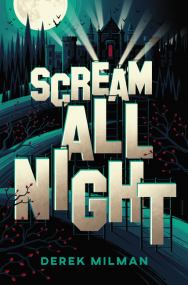 A darkly hilarious contemporary realistic young adult novel about growing up and finding your place in the world, perfect for fans of Me and Earl and the Dying Girl and Running with Scissors.

DARIO HEYWARD KNOWS ONE THING: He’s never going back to Moldavia Studios, the iconic castle that served as the set, studio, and home to the cast and crew of dozens of cult classic B-horror movies. It’s been three years since Dario’s even seen the place, after getting legally emancipated from his father, the infamous director of Moldavia’s creature features.

But then Dario’s brother invites him home to a mysterious ceremony involving his father and a tribute to his first film—The Curse of the Mummy’s Tongue. Dario swears his homecoming will be a one-time visit. A way for him to get closure on his past—and reunite with Hayley, his first love and costar of Zombie Children of the Harvest Sun, a production fraught with real-life tragedy—and say good-bye for good. But the unthinkable happens—Dario gets sucked back into the twisted world of Moldavia and the horrors, both real and imagined, he’s left there.

With only months to rescue the sinking studio and everyone who has built their lives there, Dario must confront the demons of his past—and the uncertainties of his future. But can he escape the place that’s haunted him his whole life?