Scandinavian detective fiction is a genre all its own. Norwegian writer and jack-of-all-trades Jo Nesbø has made a chilling contribution to the realm of mystery suspense with the series starring his most famous character, Detective Harry Hole. Hole is, like many of literature’s best-loved detectives, a man with many problems. He struggles with alcoholism and mental illness, and he is even willing to break the law to maintain law and order. But if there is an unsolved crime in Oslo, you couldn’t ask for a more determined, more dedicated detective than Harry Hole.

There are currently twelve entries in the Harry Hole series, which has sold millions of copies worldwide since Hole debuted in 1997’s The Bat. All of the books are well-loved by fans, but which ones represent the very best of the series? According to Goodreads ratings, the books listed below contain Hole’s most compelling adventures. If you want to find out why mystery suspense fans love Nesbø’s unlovable detective so much, this is the place to start. Ending with the most popular title of all, here are the top five Harry Hole mystery books, according to Goodreads! 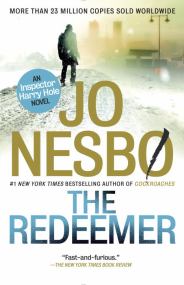 Killers never rest, not even during the Christmas season. After a seemingly senseless shooting at a Salvation Army concert, it quickly becomes clear that one of the singers was targeted on purpose, and Hole finds himself chasing down a professional assassin. His investigation takes him all the way to Croatia and then back to Norway, following a trail littered with violence and empty promises of redemption. The closer he gets to the truth, the further the assassin is willing to go to keep his secrets. The Redeemer is the sixth book in the series. 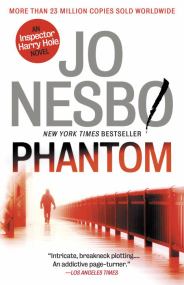 Hole has never been very lucky when it comes to romance. One of the women he has loved and lost is Rackel, who now needs his help more than ever: her son, Oleg, has been accused of murder. But Hole is no longer in a position to help. He has left the police force, and he isn't even living in Norway: his demons have driven him to Hong Kong, where he'd hoped to leave detective work behind for good. But for Rackel and Oleg, Harry Hole is willing to sacrifice everything he has and then some—and he just may have to. The ninth entry in the series, Phantom is a mystery suspense thriller that will keep you guessing from first page to last. 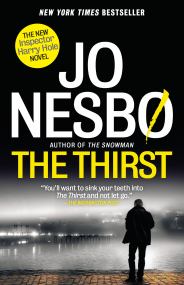 Social media is a double-edged sword, giving people the capacity to unite as never before or to destroy others on a whim. Now, a bloodthirsty serial killer takes that ability to a new extreme, using Tinder to find his victims. It's a difficult case where every moment counts, but Hole has already promised the woman he loves that he will not get involved in any more police work. Will he hold tight to the personal happiness he has so long wished for, or will he risk it all to save innocent lives? This is the agonizing choice that awaits him in The Thirst, the eleventh book in the series. 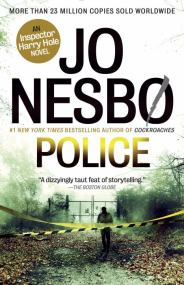 Law enforcement officials are often haunted by the cases they could not solve, the criminals they could not bring to justice. In Police, the tenth book in the Harry Hole series, a serial killer decides to make the police pay for their failures with their lives. But as the body count climbs, Detective Hole is nowhere to be found. Having only recently returned to Oslo after a long stay overseas, is he capable of stopping such a ruthless and cunning murderer? And how many more of his fellow cops will pay the price if he isn't? 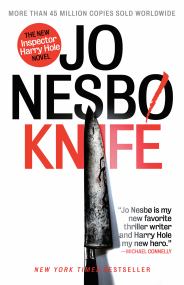 As the twelfth and most recent "Harry Hole" book, Knife had a lot to live up to—and, according to Goodreads, it surpassed expectations! In this challenging and gruesome case, Hole learns that a killer from his past has recently left prison. Though convinced the man is up to no good, Hole is soon waylaid by another problem: he wakes up from an alcohol-induced blackout to find someone else's blood on his hands. Whose blood is it? What really happened during Hole's lost hours? And can he pull himself together long enough to stop his old nemesis from hurting anyone else? 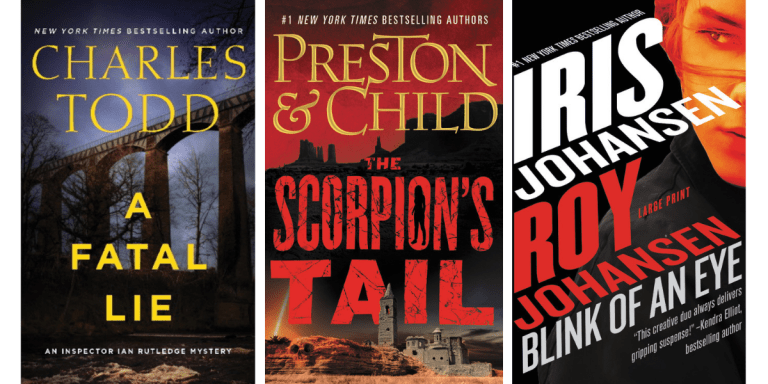