Family drama doesn’t always equate to criminal activity. But in the case of these thriller suspense books, it most certainly does. The protagonists go about their lives, contented and convinced that all is right in their world. They are shocked when the unthinkable happens: some traumatic event that proves someone they love and thought they knew intimately is not who they seemed. Secrets are revealed and happy families shattered in these seven crime thrillers that prove being family is not always enough—and sometimes it’s too much. 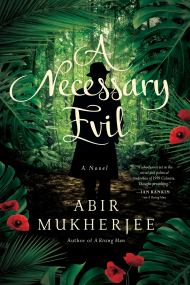 Sam Wyndham and his partner, Surendranath "Surrender-not" Banerjee, have only been working together for a year when they witness the assassination of a powerful but strong-willed prince. The more they investigate, the more they realize the dead prince's family is awash in intrigue: extravagant tradition clashes with modern desires, and consequences are only for lesser people. This is the second in Abir Mukherjee's Wyndham & Banerjee series of historical crime thrillers. 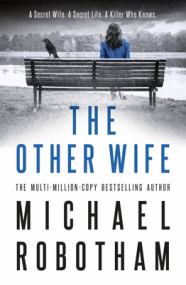 Joe O'Loughlin is still reeling from the shock of his wife's death when, once again, the bottom falls out: his father is in a coma after a vicious, inexplicable attack. Though he is living with Parkinson's disease and is a psychologist by trade, Joe is determined to figure out what happened to his father... even if that means unearthing family secrets he is not prepared to deal with. The last in Michael Robotham's Joe O'Loughlin series, The Other Wife sends the inimitable Professor O'Loughlin out on a high note. 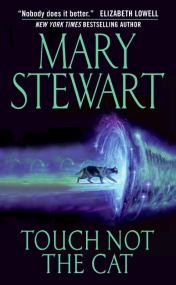 Touch Not the Cat

Bryony Ashley returns to her ancestral home, Ashley Court, in England after the unexpected death of her father, Jon. But she has so much more to worry about than settling his affairs. Her father's last words were a rambling, vague warning that Bryony is in danger. Bryony does her best to follow her father's clues, hoping she can solve the mystery before it's too late. Interwoven with spine-tingling flashbacks that hint at dark family secrets, Mary Stewart's Touch Not the Cat is the perfect read for a dark and stormy night. 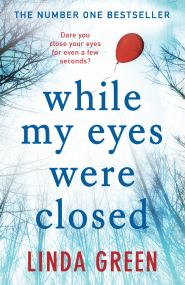 While My Eyes Were Closed

Hide-and-seek is such a simple, innocent game. All Lisa Dale had to do was close her eyes to the count of one hundred and find her daughter, Ella. But during those fateful one hundred seconds, Ella seemingly vanished from the face of the earth. Lisa is consumed by guilt and would do anything to get Ella back. But how will she react when she learns that the kidnapper is much closer to home than she ever suspected? 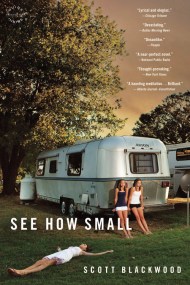 A horrific crime ends the lives of three teenage girls—their lives, but not their existence. The girls' spirits remain close to their hometown, a small, everybody-knows-everybody sort of community in rural Texas. They recall the circumstances of their deaths as they keep watch on the ice cream shop where they died, their devastated loved ones... and the murderers, who seem set to get away scot-free. 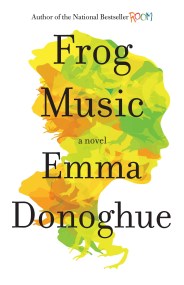 It is the summer of 1876, and Jenny Bonnet is dead. Not many respectable people care about the shooting death of a free-spirited cross-dresser, but Jenny's friend Blanche is not about to let the killer get away with this crime. But Blanche only knew Jenny for a short time. Where to start? Blanche's investigation takes her deep into Jenny's world, which is filled with figures as unconventional, as tragic, and as memorable as Jenny herself was. If you need justice served on the Rosebud Indian Reservation, you call Virgil Wounded Horse. He is an expert at handling other people's problems. So when his own nephew becomes embroiled in the reservation's drug problem, Virgil will stop at nothing to find the drug dealers and make sure they get what they deserve. This debut novel from David Heska Wanbli Weiden not only explores issues of family and crime, but also heritage and what it means to be Native American in the modern world. 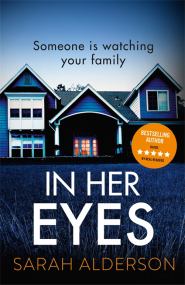 Family drama is for other people. Ava's life isn't perfect, but she is well-off financially, and she loves her husband and children more than anything. Their mostly happy home life ends after a brutal home invasion. And it wasn't just a random attack: someone wants Ava and her family dead. But why? Is it related to her husband, so obsessed with his work? Or her daughter, who has lately started keeping secrets? Or maybe even Ava herself, who harbors dark secrets of her own?
Related: Five Domestic Thrillers That Will Send Chills Up Your Spine