With the publication of The Mutual Admiration Society: How Dorothy L. Sayers and her Oxford Circle Remade the World for Women by Mo Moulton, there should be a resurgence of interest in 20th-century writer Dorothy L. Sayers. Moulton details how Sayers and her friends at Somerville College, Oxford fought for a woman’s right to get a degree, and when the college finally agreed a few years later, she and her group were among the first women to receive them.

While it is a fascinating bit of history, Sayers is best known for her mystery series. Starting with the publication of Whose Body? in 1923, Sayers introduced the world to Lord Peter Wimsey, a British aristocrat who takes an interest in detective work and finds he’s quite good at it. Harriet Vane was introduced in 1930 in Strong Poison as a potential love interest for Wimsey. In it, Vane is on trial for allegedly murdering her former lover. After the matter is resolved, Vane appears in three more of the original Wimsey mystery books by Sayers, including the final one, Busman’s Honeymoon, in which (SPOILER) Wimsey and Vane marry.

Though Sayers achieved great success with her detective novels, by the end of the 1920s, she stopped writing them for reasons unknown. As they say, “All good things must come to an end.” But as they also say: “REBOOT!”

Forty years after Sayers died, British novelist Jill Paton Walsh wrote a new Lord Peter Wimsey and Harriet Vane mystery, based on an unfinished manuscript and notes that Sayers left behind. It was published to great acclaim in 1998 and led to the release of three more new Lord and Lady Wimsey novels.

Whether you are a huge fan of Dorothy L. Sayers and are looking to revisit all her works, reboot included, or you are just getting started on her books and are reading about everything available, here is a look at the four newest Lord Peter Wimsey and Harriet Vane mysteries! 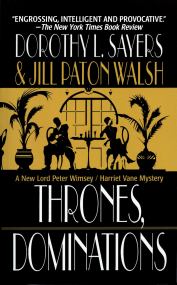 It is 1936, and Lord and Lady Wimsey have just returned from their honeymoon. The newlyweds are settling into their new home in England and adjusting to a life of cohabitation. Mystery comes knocking in the form of a wealthy acquaintance, Laurence Harwell, who asks Lord Wimsey to investigate the murder of his wife. As Wimsey looks for suspects in the case and a second murder occurs, Harriet deals with matters at home and discovers some happy news. 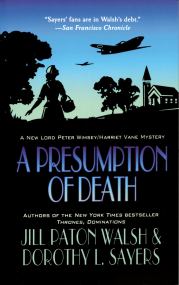 A Presumption of Death

This is Walsh's first original novel based on the characters of Lord and Lady Wimsey. In it, it is 1940 at the start of the Blitz in London. Lady Wimsey has evacuated herself, her sister-in-law, all their children, and their housekeeper to the Wimseys' country house. Meanwhile, Lord Peter Wimsey is away on an undercover mission for the Foreign Office. When an air-raid drill reveals a body in the village, the doctor declares foul play, and Lady Wimsey reluctantly agrees to investigate. 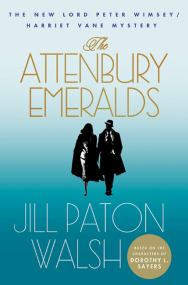 In the third new Lord and Lady Wimsey novel, Walsh first revisits Lord Wimsey's first case, the one that led him to pursue detection, in which he attends an engagement party. When an emerald family heirloom goes missing during the party, Lord Peter finds the thief and saves the day. Thirty years later, the ancestor of the original owner of the emeralds seeks to put the collection back together. But there's still someone out there whose interest in the gems leads to murder. 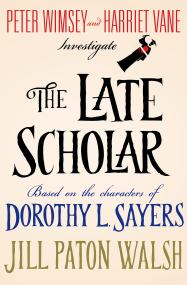 And in the fourth book, Lord Peter is now the Duke of Denver, after the passing of his brother. And as the Duke, he is called to St. Severin's College, where it is his duty to resolve a dispute over whether or not to sell a valuable codex to finance the purchase of some land. But the Warden who casts the deciding vote over the issue has disappeared, and then the bodies of Fellows start piling up, so Peter and Harriet must once again partner to solve the case.