An adept criminal is done wrong in Richard Stark’s The Hunter. 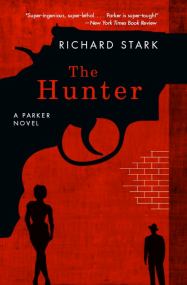 Give yourself three hours, one of these horrible, anxious and dyspeptic afternoons or mornings, and read Richard Stark’s The Hunter, the first in the Parker series.
Every Parker novel, with the exception of one, runs only about 140 pages, but they and especially the first are so vivid in their depiction of crime, criminality, and survival that they will begin to make you see the world at a hyper-perceptive, avidly curious tilt.
The Hunter is about an adept criminal done wrong, and wrong in a world of wrong means that you, the reader, do the work of scaffolding a moral code for the hero.
Parker is Jack Reacher if Reacher were a bad guy. Like Lee Child’s novels, the physicality of The Hunter and the subsequent Parker novels are almost impossibly realized. Every room, fight, parking lot or staircase is sketched with the keenest understanding of how those spaces are theatres for desperate activity.

This item is a preorder. Your payment method will be charged immediately, and the product is expected to ship on or around September 15, 2009. This date is subject to change due to shipping delays beyond our control.

Josh Kendall is the Editorial Director of Mulholland Books.