It would probably be impossible for New York Times bestselling author Attica Locke to put out enough books to satisfy me. She is one of those authors where I will drop everything in order to read any new work of hers. She’s also one of the crime authors I most recommend.

While the reasons are many—including her excellent writing—I most often recommend her books for two reasons: people ask me a lot for a book to read after Tana French (Locke’s Jay Porter series) and for a book where the setting is very much alive (The Cutting Season and Bluebird, Bluebird). These Attica Locke books have great characters, settings, and mysteries that will completely draw you in.

Bluebird, Bluebird puts racial tension and a fight for justice at the forefront after a black man from Chicago and a local white woman are murdered in a small east Texas town. Enter Darren Mathews, a black Texas Ranger, who, while technically suspended, refuses to leave this case alone. You can feel the heat and tension rising off the page as this small town holds dearly to its secrets and racism and wants nothing to do with Mathews. The setting once again comes to life with as much importance as a character, the characters are vividly alive from the moment of introduction, and you’ll be carrying this one with you long after turning the last page.

Not only did Bluebird, Bluebird win the 2018 Edgar Award for Best Novel, Attica Locke is also writing the TV series adaptation FX. So, if you're a must-read-the-book-before-watching-the-show reader, you may want to move this one up on your TBR list. 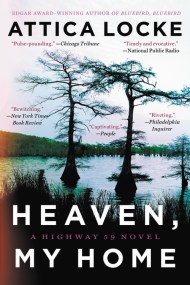 In Locke's New York Times bestselling follow up to Bluebird, Bluebird, Texas Ranger Darren Mathews is on the hunt for a missing child—but it’s the boy’s family of white supremacists who are his real target.

As Darren tries to emerge from the events of his previous investigation, his marriage is in a precarious state of re-building, and his career and reputation lie in the hands of his mother, who’s never exactly had his best interests at heart. Darren has to battle centuries-old suspicions and prejudices, as well as threats that have been reignited in the current political climate, as he races to find the boy, and to save himself. 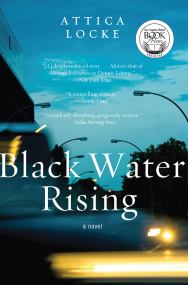 In the Jay Porter series, we follow—you guessed it!—Jay Porter, a struggling private practice lawyer in Houston. The first book in the series, Black Water Rising, is set in 1981 as Porter is trying to make a good life for his family. But this is a crime novel, so you know life isn’t going to make that simple for him. After a night that was supposed to be a romantic evening with his pregnant wife, Porter finds himself trying to avoid being a witness for the police in a murder investigation because he has a past he’d like to stay in the past. He’s also got a secret that connects him to a politician. Will he come out on top, or will this case, his past, and secrets do him in? Or maybe the heat will get everyone because I read this years ago, and I’m still fanning myself as I vividly remember how hot Porter’s pregnant wife was on a boat on the bayou. Black Water Rising's sequel, Pleasantville, brings us back into Porter’s life 15 years later when a volunteer for a mayoral campaign goes missing. The Jay Porter series not only brings Houston as a city to life, it also immerses the reader in the political and social changes from the 60s/70s into the 80s. Race, power, and politics in the U.S. are all topics that Locke is great at shining a light on and dissecting. The Cutting Season has one of my all-time favorite openings of a crime novel—no, I won’t tell you what it is, but I hope you’re not afraid of things that slither. Caren Gray, a black woman whose mother used to cook on Belle Vie, lives on the property with her daughter. Caren manages everything from staff to events in a place where it’s difficult to expect the past and the present to easily coexist. Because Locke doesn’t just focus on the murder but also, like in the Jay Porter series, the world around, the sins of the past, and the hold of previous generations, this novel sank deeply into my brain.

When a body is discovered on the grounds, it naturally puts everyone on edge, and with her nine-year-old daughter starting to rebel, Caren is also struggling to deal with her ex, the father of her daughter, who is off working for the Obama administration. Deeply rooted in setting, you get wonderful characters, multiple mysteries, and if you’re an audiobook listener, Quincy Tyler Bernstine does a fantastic job narrating.