Megan Abbott has become a queen of writing crime, especially in her ability to portray real girls/women and their desires, obsessions, relationships, and rage. That’s why we were so excited to hear that USA Network and Netflix are co-producing a TV series based on her novel, Dare Me! Abbott’s words have a quiet, energetic pulse that beat through every page, ultimately finding a way to bury deep under your skin. Her work is just a wealth of great novels that fit many reading moods, and I recommend them all. Seriously, how many authors do you get to say, “Yeah, just read all of their work. All of it!” But if you’re looking at the list of titles and not sure where to start, I’ll break them down based on the reading mood you may be in. 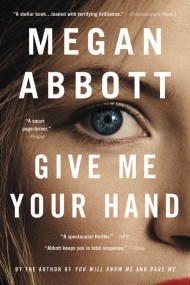 Megan Abbott’s latest novel Give Me Your Hand is a psychological thriller where she manages to outdo her own outstanding previous work. We have secrets again—well, one, and what happens when you are told something you never asked to know—and obsession, and women competing in a research lab to work on a study for PMDD (premenstrual dysphoric disorder). It’s everything that Abbott is a queen at exploring, and slowly dissecting, and it left me once again shouting, “I love Megan Abbott.”

Your Heart is Dark and Noir: 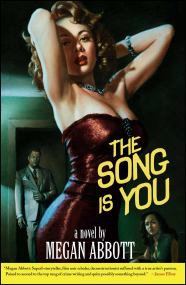 The Song Is You

You can clearly see Abbott’s love—obsession?—with old Hollywood in her Twitter posts and in her gritty noir novel The Song is You. Inspired by the real-life disappearance of Jean Spangler, the novel follows a studio publicist in the 1950s as two women go missing. At this point, it will be difficult to not look at her other noir titles without inhaling them, so go forth and do just that—I'll write you a note. 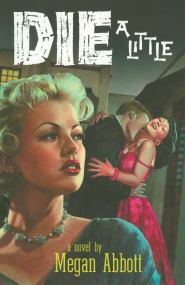 Die A Little focuses on a school teacher’s obsession with her sister-in-law as she investigates a Hollywood wardrobe assistant.

Watch Next: Megan Abbott talks about her latest novel, Give Me Your Hand. 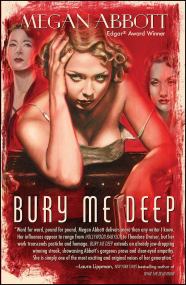 Bury Me Deep, inspired by a true 1930’s case, brings the Depression-era, and once again obsession, to life. 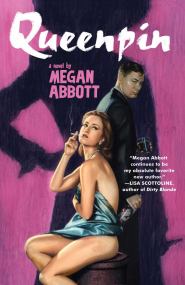 And I’ve saved the best of the best for last: In Queenpin, Abbott shows her genius as she turns the genre’s femme fatale trope on its head with a male character. At under 200 pages, it’s a quick yet powerful read that left me flabbergasted that Hollywood has not realized the gem they would have with adapting this novel. Did you hear me, Hollywood? HBO? Netflix? I am doing your job for you… 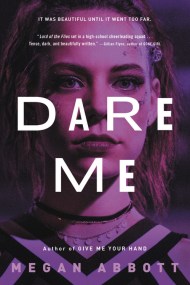 Abbott has a gift when it comes to building a mystery around a girl’s dedication to a sport. In Dare Me, she takes you into the frenzied world of teenage friendship and competition circling the high school’s cheerleading program when it’s suddenly disrupted by a new coach.

We seriously can't wait to watch the TV adaptation of Dare Me on USA Network! 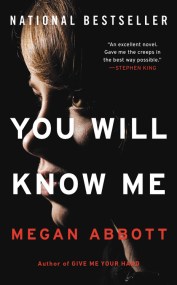 And You Will Know Me spotlights a family who have built their lives around their teenage daughter and her Olympic gymnastics dream. Also spotlighted in this novel is Abbott’s ability to build a story on a combination of everyday and extraordinary moments, nestled on a base of raw human emotions. 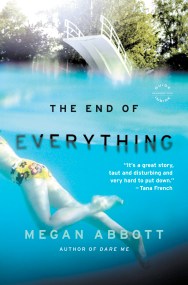 The End of Everything

The End of Everything explores best friends and next-door neighbors. When one mysteriously disappears, the other is left questioning what she really knew about her friend. I came for the ‘80s setting and was rewarded with a dark, mysterious, twisty page-turner that punched me in the gut. Abbott proves authors can explore and represent girls without exploiting them. 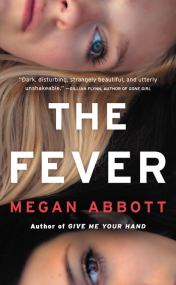 In The Fever, we watch as hysteria spreads through a community over an unexplained illness affecting girls. The unexplained leaves too much room for people to assume while they demanding answers. And like all teenage girls, these ones hold secrets, are being pulled in too many directions, and are fickle by nature of age—and Abbott is excellent at showing us this world. 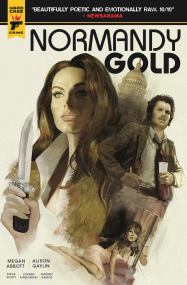 Of course, there’s a recommendation for that too! Megan Abbott teamed up with Alison Gaylin to write Normandy Gold Vol 1, which is like a ‘70s detective movie—had one starred a Sheriff that goes undercover as a call girl to find out what happened to her sister.