A conversation with Megan Abbott, author of DARE ME

PRAISE FOR DARE ME:

"Afascinating, almost voyeuristic, glimpse into the power struggle that goes on between teenaged girls. Not just any teenaged girls-cheerleaders-with their own unique hierarchy and fierce code of loyalty, which they'll protect at any cost. There's a dark and twisted love story here, told with a rich sensual undertone that lingers long after you close the last page, still breathing in your ear: Dare me."—Chevy Stevens, New York Times bestselling author of Still Missing and Never Knowing
"Arresting, original and unputdownable."—Rosamund Lupton, New York Times bestselling author of Sister
"I dare you not to love this book. You lucky reader."—Tom Franklin, New York Times bestselling author of Crooked Letter, Crooked Letter
"DARE ME sneaks up on you from behind, pulling on long-forgotten memories of teenaged desperation, obsession, and desire. This is truly masterful storytelling."—Alafair Burke, author of Never Tell
"Megan Abbott's brilliant new book presents a number of possibilities-the mysterious and the erotic, as well as the inevitable and paradoxical lessons of girlhood-with such illumination that the joyful terrors of adolescence were once again present in me. Abbott's characters, confronted with unaccustomed questions and strange, new difficulties, remind us that the loss of innocence can, if we are fortunate, emerge into a lustrous wisdom."—Susanna Moore, author of In the Cut
"In Dare Me Megan Abbott guides us into the subculture of athletic and fierce young cheerleaders, who train together, compete, andbond until they form a rugged unit much as Marines form a rugged unit. She finds the nearly sinister underside of everyday events and somehow builds great suspense from ingredients that seem so familiar. Abbott has become expert at revealing truths we thought we knew but didn't, delivered in prose that is by turns elegant and incantatory."—Daniel Woodrell, author of Winter's Bone
Abbott marries the best pleasures of the pulp tradition with the highest ambitions of literary craft, yielding a novel that offers a strikingly diverse spectrum of readerly pleasures: It's a gripping murder mystery cloaked in a shrewd examination of female friendships, draped in rah-rah Americana, then reflected in the funhouse mirror of contemporary teenagerdom."—Adam Sternbergh, Slate
Read More Read Less 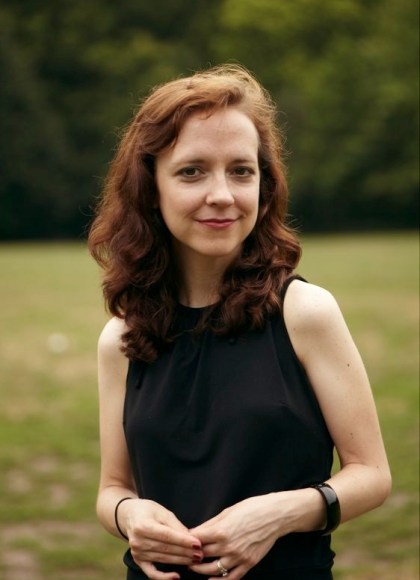 Megan Abbott is the award-winning author of nine novels, including Give Me Your Hand, You Will Know Me, The Fever, and The End of Everything. She received her PhD in literature from New York University. Abbott was a staff writer on HBO’s The Deuce and co-creator of the USA Network series Dare Me.