I’ll Be Gone In The Dark, the HBO miniseries and the true crime memoir by Michelle McNamara on which the show is based, takes specific care in sharing the stories of its author and the victims of the Golden State Killer. McNamara, who was responsible for giving the Golden State Killer his moniker, was obsessed with finding out who the killer was so he could be brought to justice (something that has since happened). With these elements of care and memoir in mind, I’ve collected true crime books that delve into true crime cases with attention to the details of their victims and authors.

Forty years after a young Harvard student was found murdered, Cooper heard rumors about the killing that would lead to a decade-long investigation. Jane Britton’s life was taken from her in 1969, when she was a 23-year-old graduate student in Harvard's Anthropology Department. At the time, Harvard was merging with Radcliffe (the all-female university) and trying to stop the student protests in the ‘60s. What Cooper heard 40 years after the crime turned out to be false, but it put her on the trail of uncovering the truth, and exploring misogyny, violence, and oppression through the lens of Britton's murder. 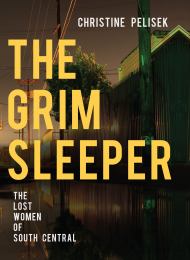 Here’s another great true crime, the least memoir-y of the bunch, that has a lot of overlap with I’ll Be Gone In The Dark. First, it follows a serial killer in California that stalked for decades before being caught. Second, Christine Pelisek, who broke the story, was responsible for the killer's nickname, this time: "The Grim Sleeper." And third, Pelisek takes great care to bring the victims and their families and loved ones to life on the pages instead of focusing solely on the killer, a man who took advantage of our society’s lack of concern for the vulnerable, knowing no one would look too hard.

This item is a preorder. Your payment method will be charged immediately, and the product is expected to ship on or around June 13, 2017. This date is subject to change due to shipping delays beyond our control. 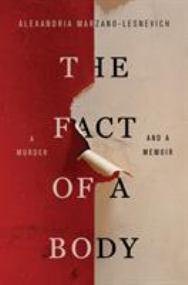 Here’s a dark true crime memoir that in a way unravels the author after a case they work on challenges not only their views in our justice system but also forces them to remember long-buried trauma. The chapters alternate between Marzano-Lesnevich remembering their childhood and trying to understand abuse that, at the time, they were too young to grasp; the case of Ricky Langley and the young boy he murdered; Langley’s childhood and struggles as an adult in and out of therapy for pedophilia; and Marzano-Lesnevich’s work on the case while trying to find humanity in people and coming to terms with their childhood. This one deals with dark crimes like I’ll Be Gone In The Dark but also delves into the effect the case had on the author professionally and personally, while keeping the things separate and respecting the victims.

This item is a preorder. Your payment method will be charged immediately, and the product is expected to ship on or around May 16, 2017. This date is subject to change due to shipping delays beyond our control.