There are countless suspense books out there about parties gone wrong. It’s a setup that never seems to get old. Wedding parties, college reunions, honeymoons, the glamorous galas of the rich and famous: it’s a universal truth that parties make fantastic settings for mystery books. If you’re on the lookout for new stories about parties-turned-nightmares, these six books are a great place to start. From old-fashioned murder mysteries to chilling psychological thrillers and character-driven suspense novels, there’s a book here for every kind of reader (and practically every kind of party). But be warned: these mystery books might make you think twice the next time you’re invited to a wedding on a beautiful island, or a group of old friends suggests taking a weeklong vacation in the middle of winter. 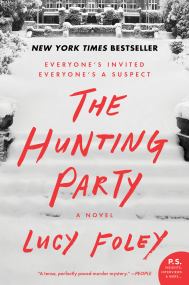 When a group of old college friends rent a remote estate in the Scottish Highlands for their annual New Year's vacation, they're all looking forward to reminiscing, unwinding, and drinking by the fire. But then a historic blizzard cuts them off from the rest of the world, and the next thing they know, one of them is dead. Stranded in the countryside with nothing but simmering, decades-old resentments, and a killer among them, an idyllic retreat soon turns into the most deadly vacation of their lives. 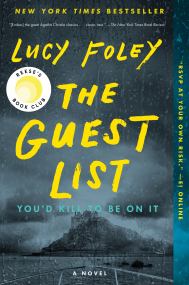 Lucy Foley is a master of suspense novels with fantastic character development, and The Guest List is no exception. This international mystery takes place on an island off the coast of Ireland, where a young couple are in the midst of their dream wedding. He's a rising TV star and she's a magazine publisher; their wedding is perfect, from the designer dress to the signature whisky. That is, until one of the guests turns up dead. It's a chilling story about the kind of deadly secrets and hidden tensions that so often simmer just under the surface. 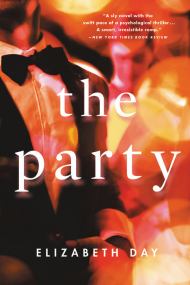 Ben, who hails from old money, and Martin, who grew up poor but is slowly carving out a successful career as an art critic, have been inseparable since childhood. Ben’s wife Serena likes to jokingly refer to Martin as Ben’s dutiful Little Shadow.
Lucy is a devoted wife to Martin, even as she knows she’ll always be second best to his sacred friendship. When Ben throws a lavish 40th birthday party as his new palatial country home, Martin and Lucy attend, mixing with the very upper echelons of London society.
But why, the next morning, is Martin in a police station being interviewed about the events of last night? Why is Lucy being forced to answer questions about his husband and his past? What exactly happened at the party? And what has bound these two very different men together for so many years? In Devil's Breath, the sixth installment in G.M. Malliet's Max Tudor mystery series, the body of a film star washes ashore near the quiet village where Max serves as an unofficial town sleuth. Margot Browne was killed while on a yacht, so the investigation should be simple—surely one of the other people who were on board with her must be the killer. But as Max digs deeper into Margo's past, he uncovers a wealth of secrets that make him wonder if the seemingly straightforward murder isn't as straightforward as it looks.