The first murder was in the family: Cain killing Abel. Thus has a long dramatic tradition begun. My latest novel, Never Ask Me, centers on the Pollitts, a seemingly normal suburban American family—easy-going dad Kyle, 90s songwriter mom Iris, and teenagers Julia (rebelling and in love with a troubled kid) and Grant (studious and quiet)—who have lost a neighbor and longtime friend to murder. The victim, Danielle Roberts, was a beloved adoption consultant who helped the Pollitts adopt Grant from Russia—and yet whose relationship with the family had undergone recent strain as certain secrets began to be revealed. The Pollitts, each changed by Danielle’s murder, begin to suspect each other of the unimaginable. 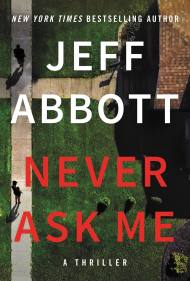 I love a good family-centered mystery—especially one where the members of the family bend their bonds of blood and affection and end up suspecting each other. Some of my favorites include: Drawing its title from the nursery rhyme tells you immediately that not all is well with the wealthy, eccentric Leonides family. This is a clan torn already suspicious of each other, all from the malignant influence of the family patriarch long before the first body falls. It is not only a brilliant mystery but an examination of a family shaped by one person’s cruelty and carelessness. 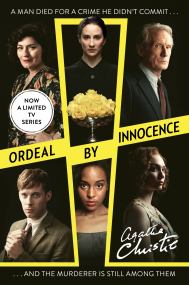 This mystery centers on a wealthy family with several adopted children (all of whom are now grown). One of the siblings has apparently killed his mother—the woman who opened her home to him and the others. But did she ever open her heart to any of them? Christie delivers up a delicious mystery but also a thoughtful question: how do you form and strengthen a family?

Note: Christie once claimed that these two family-centric mysteries were her favorites among her books. Both have been adapted for television in recent years. 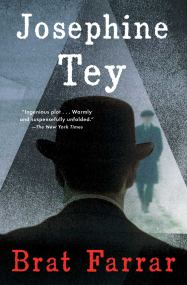 This classic by Tey centers on a young man who disappeared long ago—and seems to have reappeared. The once-wealthy Ashby family, headed by Aunt Bee (not to be confused with the one from Mayberry) lives with her four nieces and nephews—the only missing one is her nephew Patrick, heir to the Ashby estate, and presumed dead from suicide. When a young man named Brat Farrar appears and claims to be the missing Patrick, the Ashbys face a mystery laced with murder and suspicion. 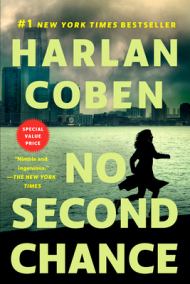 The master of the modern suburban thriller, Harlan Coben’s harrowing novel about a doctor whose wife is murdered and child is kidnapped seems to not be a ‘family’ mystery – the family has been rendered asunder as the dramatic moment. But when he’s given a second chance to save his daughter, the story of Marc Seidman becomes about saving his daughter—and changing his idea of family forever. (It was adapted for French TV with the main character changed to a woman, and is a wonderful series.)

Knives Out, written and directed by Rian Johnson

Johnson takes the tropes of the family murder mystery and inverts them on their heads, giving us a wry take that both celebrates the form and pushes it in a new direction of social awareness. We know families like the Thrombeys—vindictive, greedy, selfish, cruel, and distant. We sigh in relief that we’re not them. But still we see ourselves in them as huge magnifications of the resentments and bitterness that can roil a family.

So the next time the Thanksgiving table is tense, and you need to be reminded of the thickness of blood, just be glad you’re not in one of these fictional families. You can always visit them, but you don’t have to stay.

Each of us has a question we dread. When the simple community of Lakehaven is shaken by a violent crime, doubts begin to arise among the locals about whom they can trust.

In a quiet neighborhood in the wealthy Austin suburb of Lakehaven, the body of Danielle Roberts is discovered on a park bench. Danielle was a beloved member of the community, an adoption consultant who delivered the joy of parenthood to a number of local families. Her murder shocks Lakehaven.

Perhaps no other family is as crushed as the Pollitts, who lived two houses down from Danielle and thought of her almost like family. Her death becomes the catalyst for a maelstrom of suspicion and intrigue. You have been told a huge lie, an anonymous email charges the son, Grant. No one can learn the truth now, thinks the father, Kyle. Never ask me what I'd do to protect my family, resolves the wife, Iris. I'll do whatever it takes to save him, vows the daughter, Julia, of Danielle's grieving teenage son.

The Pollitts always thought they'd always be there for each other. When each begins to suspect the others of the unimaginable, the strength of their bonds will be tested in extraordinary new ways. The latest from New York Times bestselling author Jeff Abbott ishis most suspenseful thriller yet: a riveting tale of the dangerous secrets one family has concealed -- and what happens when the question each Pollitt hoped they'd never be asked threatens to expose their darkest truths.