An ordinary mystery thriller is exciting enough. But throw some ghosts, ghouls, and curses into the mix, and you’ve got an adventure. Supernatural elements add an extra dimension to any story, forcing the characters to confront forces far greater—and far stranger—than themselves. Even more difficult is the personal reflection they must undertake when they encounter unexplainable phenomena, and when they must put their own skepticism or beliefs aside to save someone they love. Whether you’re new to the genre or you’ve been reading supernatural thrillers for years, the six books listed here are sure to unnerve you.

Plenty of children have imaginary friends, but Christopher's is different. After fleeing with his mother from an abusive man, seven-year-old Christopher went missing for almost a week. When he reappears, he is not alone. There is now a voice in his head, and it has made an odd request: build a treehouse before Christmas, or something terrible will happen. Imaginary Friend will grip you from beginning to end as it exploits every parent's worst nightmare: losing your child to something you cannot see and cannot fight. 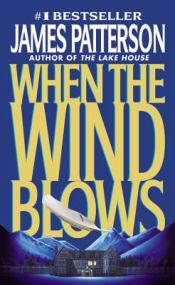 When the Wind Blows

Eleven-year-old Max has run away from school. But this is no ordinary school, and Max is certainly no ordinary girl. She and many other children are the victims of a vast, cruel experiment that seeks to give them superhuman abilities — and take advantage of them. Max seeks help from a veterinarian, Frannie O'Neill, who is still grieving after the unsolved shooting death of her husband. Together, along with an FBI agent struggling with post-traumatic stress disorder, Frannie and Max race to expose a conspiracy of almost inconceivable proportions. The legendary James Patterson delivers plenty of shocks and thrills in When the Wind Blows, a fantastical suspense novel.

Related: Where to Start With James Patterson 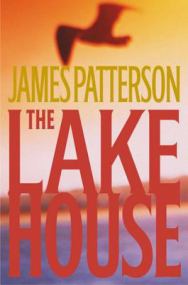 This pulse-pounding sequel to When the Wind Blows finds Frannie and Kit, her FBI agent beau, separated from Max and five other children who escaped the government's clutches. When Max's premonitions about encroaching danger prove horribly, tragically prescient, she and the others find themselves in yet another battle for survival. But with the fate of humanity itself in the balance, they will have to pay a steep price for freedom. This supernatural thriller is surprisingly poignant, with not only a hefty dose of suspense to recommend it, but also an exploration of how the family you build yourself is the most important of all. 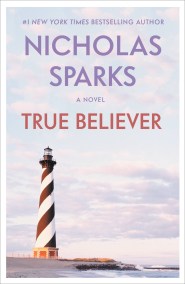 Like many a classic romance, True Believer features a couple who could not be more different. Jeremy Marsh is a science journalist who doesn't believe in anything he can't prove with empirical evidence and his own two eyes. Lexie Darnell is a librarian and granddaughter of a psychic, and she has been burned by past relationships. But theirs is no ordinary romance. Jeremy only comes to Lexie's hometown of Boone Creek to investigate strange happenings in the local cemetery. What he finds will challenge his rigid way of viewing the world. Written by acclaimed author Nicholas Sparks, True Believer may not make a believer out of you, but it will definitely keep you turning the pages. 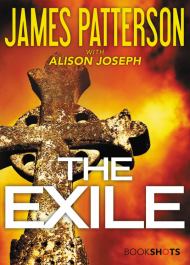 Finn O'Grady promised himself that he would never return to Kilmeaden, Ireland. He is forced to break his promise after a call from a terrified old acquaintance, Bridie O'Connor, who insists her young son is being terrorized by a curse. Finn doesn't believe in curses, but the weight of his obligations leads him to Kilmeaden once more. And even a die-hard skeptic like Finn cannot deny something is wrong once the bodies start piling up. If you like James Patterson but don't have time to read an entire novel, The Exile is a good choice: short enough to read in a few hours, but long enough to scare you senseless. 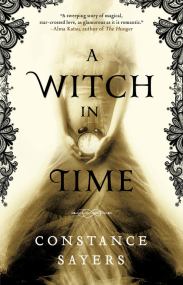 A Witch in Time

Helen Lambert is unlucky in love — and has been since the Victorian era. And yet, she has no memory of her previous, tragic lives. Helen genuinely believes she is just another 21st-century divorcee until a blind date's bizarre story triggers long-buried memories. Determined to break the curse once and for all, Helen calls upon incredible powers she has collected throughout her many lives to confront the evil holding her hostage. But is she already too late? And if she is, can she survive?

Related: What You Don't Know About Paranormal Investigation