Alafair Burke is the New York Times bestselling author of seventeen crime novels. She’s been fascinated by true crime for most of her life, for which she thanks an active serial killer in her hometown of Wichita, Kansas. She grew up reading all the mystery and crime novels she could get her hands on before going to school and starting her legal career. Her books stem from her own experience as a prosecutor in American police precincts and criminal courtrooms. She spent time as Deputy District Attorney in Portland, Oregon, and now teaches criminal law and procedure. 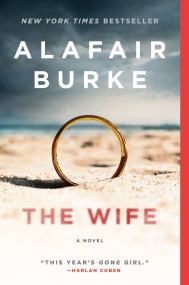 Six years ago, Angela and Jason met and fell into a lovely summer romance. Angela expected it to be a fling, but they were married the following year. The marriage allowed Angela to reboot her life, moving her and her son out of her mother's home, to a place where no one knew her tragic past. Now, Jason is all over the media. He's written a bestselling book, putting Angela in the spotlight she's avoided her entire life. All that attention brings with it negativity—as it always does. A college intern makes an accusation against Jason and another woman makes an even more troubling allegation. Their perfect life unravels when the other woman disappears and Angela is asked to defend Jason in court. Jack Harris's wife was shot by a fifteen-year-old boy three years ago. Now, Harris has been arrested for a triple homicide, in which one of the victims was connected to his wife's murder. Olivia Randall, Jack's ex-fiancé and one of the best criminal defense lawyers in New York City, is certain of his innocence as she defends his case. But as more and more evidence comes out, it appears Jack isn't the man Olivia thought he was. 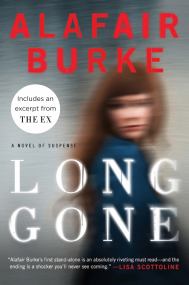 Alice lands her dream job at a new art gallery in Manhattan after being laid off and struggling for months. Drew, the man who hired her, says the anonymous owner will be hands-off and let her run things how she sees fit. Is it too good to be true, as her friends say? Or will it really be a chance for Alice to make a name for herself? Everything is perfect in her world until one day she shows up at work to find the gallery has vanished. And Drew's dead body is on the floor. Alice is in the center of police attention, and her innocence looks questionable. Drew's phone number is disposable, and his body is identified as someone else. And now there are ties between the gallery and a missing girl. She's been set up, and she needs to get to the bottom of these deep, dark secrets. 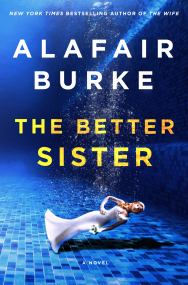 Chloe and Nicky Taylor are two sisters who couldn't be more different. Chloe went to an Ivy League school and landed a job in publishing. Nicky, who had always been restless, married a young attorney, Adam, and had a baby boy, Ethan. The two sisters created their own lives and became strangers to each other. But now, fifteen years later, things have flipped. Nicky and Adam are married now, and when Adam is found murdered, the sisters have to come together. Ethan is a suspect in his father's death, and they all have to confront some dark family secrets. Because nothing stays hidden forever. 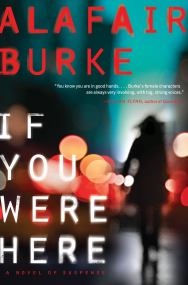 If You Were Here

While magazine writer McKenna Wright is working on the heroic tale of an unidentified woman who pulled a teen boy from the subway tracks mere seconds before an oncoming train, she finds a mystery. The video of the incident shows a woman she believes to be Susan Hauptmann, an old friend who disappeared a decade ago. The police had concluded that she had left to start over in a new place, but McKenna never bought it. So McKenna keeps digging, way beyond that subway rescue story, unearthing secrets she may wish she'd kept buried.

Ashley Holstrom is a book person, designing them and writing about them for Book Riot. She lives near Chicago with her cat named after Hemingway and her bookshelves organized by color. She can be tweeted at @alholstrom.