Normally, the fourth Thursday of every November is a time for Americans to give thanks for all that they have and celebrate family and friends. But in 1963, Thanksgiving was not a happy holiday for a country in mourning.

Just eight days earlier, on November 22nd, 1963, President John F. Kennedy’s motorcade was driving through Dallas, TX when three shots were fired. The first shot missed, but the second and third struck and killed the President. Texas Governor John Connally was also seriously wounded, and both men were rushed to Parkland hospital, where the president was pronounced dead shortly thereafter. It was an act of violence that stunned the nation, and to this day many who were alive in 1963 remember where they were when they first heard the news. President Kennedy was killed little more than a year after the Cuban Missile Crisis, the thirteen-day stand-off between the United States and the Soviet Union that threatened nuclear war, so his assassination not only terrified the American people but gave way to conspiracy theories and questions that wouldn’t be answered right away—if ever.

In the chaos that followed Kennedy’s assassination, police did make a quick arrest: Lee Harvey Oswald, a twenty-four-year-old former Marine was spotted not long after the shooting, carrying a rifle, by police officer JD Tippit. Oswald fatally shot Tippit before he was arrested within an hour. However, while the nation should have been breathing a sigh of relief, merely two days later, on November 24th, 1963, Oswald was shot on live TV in a Dallas police station while he was being transferred from police headquarters to county jail. He was taken to the same hospital that Kennedy had been rushed to only two days earlier, but was pronounced dead almost immediately upon arrival. While many might have been relieved to know that the man in custody for shooting the president was dead, Oswald died before the American people could have answers about his motivations and actions, paving the way for multiple drawn-out inquiries and commissions, and numerous conspiracy theories.

The man who killed Oswald was later identified as Jack Ruby, a nightclub owner who allegedly had ties to organized crime. When asked why he killed Oswald, Ruby claimed that he did it for First Lady Jacqueline Kennedy, so that she didn’t have to face the man who killed her husband in court. Ruby was charged with murder, and he was found guilty in 1964 and sentenced to death for potentially robbing the American people of answers about why Oswald killed the president. Ruby attempted to defend himself in court by rambling about government conspiracies, but many assumed that this was evidence of Ruby’s deteriorating mental health. He was sentenced to death, but his sentence was appealed. He died in prison due to cancer in 1967.

On the evening of November 28, 1963, a somber Thanksgiving, Kennedy successor Lyndon B. Johnson addressed the nation from the Oval Office, saying, “A great leader is dead; a great nation must move on. Yesterday is not ours to recover, but tomorrow is ours to win or to lose.” While the nation did rally, and President Johnson continued the work that Kennedy had fought for, most notably passing the Civil Rights Act of 1964, questions about Kennedy’s death would linger for years, stretching into decades. Two commissions would come to different conclusions, and in 1981 Oswald’s body was exhumed to determine if a Russian agent had assumed his identity. It seems that no one is truly satisfied with the official explanation, and we might not even know the full story. If you want to read more about Kennedy’s assassination and the theories that abounded, then we recommend these four true crime books: For years, Americans have been frustrated by the lack of transparency surrounding the investigation into J.F.K.'s death, and one Supreme Court Justice even said that some information about the murder might not be released in his lifetime. In Not In Your Lifetime, Summers does his best to comb through all the documents that have been released from the 1990's to 2017 to construct a cohesive narrative about what really happened that day.

This item is a preorder. Your payment method will be charged immediately, and the product is expected to ship on or around October 1, 2013. This date is subject to change due to shipping delays beyond our control. 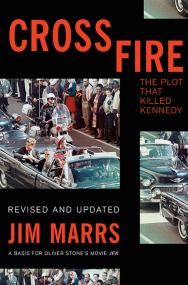 In Crossfire, Marrs lays out all of the information surrounding the Kennedy assassination and details that are known in the days leading up to the assassination in order to present a timeline of events that summarize all theories that have been floated. He comes to a conclusion that could explain all of the details that are currently known—and speak to a government cover-up.

This item is a preorder. Your payment method will be charged immediately, and the product is expected to ship on or around October 22, 2013. This date is subject to change due to shipping delays beyond our control. 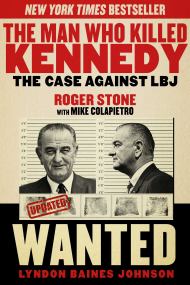 Written by Roger Stone, an adviser to Donald Trump, The Man Who Killed Kennedy offers a shocking and scandalous alternate theory: Lyndon B. Johnson blackmailed his way into the vice presidency, feuded with Robert Kennedy, and sensing that he might be dumped in the 1964 election, hired a hitman to kill J.F.K.

This item is a preorder. Your payment method will be charged immediately, and the product is expected to ship on or around September 2, 2014. This date is subject to change due to shipping delays beyond our control. 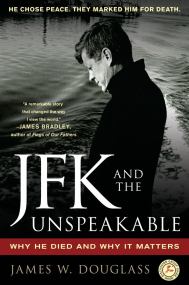 Douglass takes a more circumspect view of Kennedy's death in JFK and the Unspeakable, looking at the political factors that might have played a part in his assassination. In this book, Douglass theorizes that Kennedy's shifting position on declaring nuclear war and his handling of the Cuban Missile Crisis upset many people—so much so that they saw the president as a liability who had to be removed.

This item is a preorder. Your payment method will be charged immediately, and the product is expected to ship on or around October 19, 2010. This date is subject to change due to shipping delays beyond our control.