The name John Grisham is synonymous with absorbing legal thrillers. He’s the author of over forty books, which have sold a collective 275 million copies worldwide and have been translated into 42 languages. With that many books in print, it may be a little difficult to know where to start reading John Grisham’s books. Because he tends to write standalone thrillers that can be read out of publication order, so we’ve created this handy guide with a few entry points into Grisham’s impressive backlist. 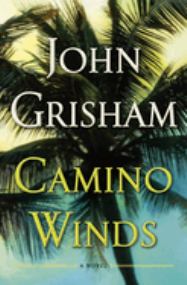 Welcome back to Camino Island, where anything can happen—even a murder in the midst of a hurricane, which might prove to be the perfect crime . . .

Just as Bruce Cable’s Bay Books is preparing for the return of bestselling author Mercer Mann, Hurricane Leo veers from its predicted course and heads straight for the island. Florida’s governor orders a mandatory evacuation, and most residents board up their houses and flee to the mainland, but Bruce decides to stay and ride out the storm.

The hurricane is devastating: homes and condos are leveled, hotels and storefronts ruined, streets flooded, and a dozen people lose their lives. One of the apparent victims is Nelson Kerr, a friend of Bruce’s and an author of thrillers. But the nature of Nelson’s injuries suggests that the storm wasn’t the cause of his death: He has suffered several suspicious blows to the head.

Who would want Nelson dead? The local police are overwhelmed in the aftermath of the storm and ill-equipped to handle the case. Bruce begins to wonder if the shady characters in Nelson’s novels might be more real than fictional. And somewhere on Nelson’s computer is the manuscript of his new novel. Could the key to the case be right there—in black and white? As Bruce starts to investigate, what he discovers between the lines is more shocking than any of Nelson’s plot twists—and far more dangerous.

This item is a preorder. Your payment method will be charged immediately, and the product is expected to ship on or around April 28, 2020. This date is subject to change due to shipping delays beyond our control.

If you want to start at the very beginning… 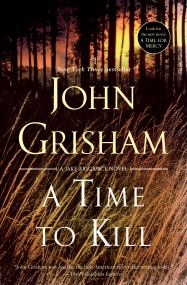 Grisham was inspired to pen A Time to Kill when he was a young lawyer, and he overheard a young girl give testimony in court. His imagination took off from there, and the result was his first novel, about a young Black girl whose life is forever changed by an act of violence perpetrated against her by two young white men. When her father decides to take justice into his own hands, it ignites a firestorm of violence and a complicated legal case that young lawyer Jack Brigance must navigate carefully in order to save both his client and himself.

Follow it up with Sycamore Row, a companion novel to A Time to Kill.

This item is a preorder. Your payment method will be charged immediately, and the product is expected to ship on or around March 15, 2004. This date is subject to change due to shipping delays beyond our control.

If you want to start with a bestseller… 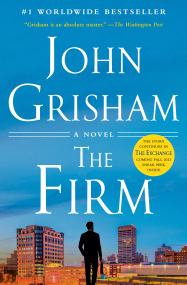 The Firm is Grisham's second novel, and first of his works to become a bestseller. It inspired a movie adaptation starring Tom Cruise and is probably his best-known book. When Mitch McDeere was offered a job at a prestigious Memphis firm, it came with a car, a mortgage, full school loan repayments, and a whole slew of perks. It felt as though he and his wife were finally on their way after years of hard work. But nothing is truly free, as he finds out when the FBI approaches him with information that his firm is crooked, and he has to either help them or face being implicated in crimes he didn't commit.

This item is a preorder. Your payment method will be charged immediately, and the product is expected to ship on or around September 8, 1997. This date is subject to change due to shipping delays beyond our control.

If you want to start with a legal thriller… 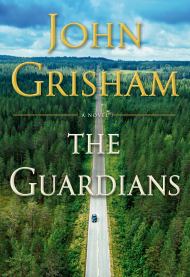 Twenty-two years earlier, a lawyer was shot and killed at his desk and police arrested his former client, Quincy Miller. Now Quincy, who has always maintained his innocence, is appealing his case with Guardian Ministries, a group that works to overturn the sentences of innocent people. The lawyer in charge, Cullen Post, investigates Quincy's case and discovers a dangerous group of people who are responsible for the murder all those years ago—and they won't hesitate to kill again.

This item is a preorder. Your payment method will be charged immediately, and the product is expected to ship on or around October 15, 2019. This date is subject to change due to shipping delays beyond our control.

If you’re in the mood for a true-crime read… 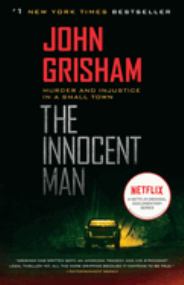 Grisham brought his thriller-writing chops to pen this true crime story, which inspired the Netflix documentary of the same name. The book follows the case of Roy Williamson, a small-town baseball hero from Oklahoma who almost made it into the Big Leagues, but was derailed by drugs and drinking. When a woman from his hometown was murdered, the case appeared to be a dead end, until a tenuous link to Williamson led to his trial and conviction. The evidence and witnesses were flimsy at best, but that didn't stop Williamson from being sentenced to death.

This item is a preorder. Your payment method will be charged immediately, and the product is expected to ship on or around November 20, 2007. This date is subject to change due to shipping delays beyond our control. 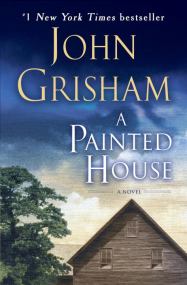 Not all of John Grisham's books are legal dramas--sometimes he writes mysteries set in the South as well. A Painted House is set in the 1950s and is about a seven-year-old, Luke, whose life is turned upside down when two groups of migrant workers come to his family's cotton farm, inciting a dangerous chain of events that includes a murder, changing Luke's life forever.

Follow it up with Camino Island, a mystery about a rare book dealer and a thrilling literary heist.

This item is a preorder. Your payment method will be charged immediately, and the product is expected to ship on or around February 3, 2004. This date is subject to change due to shipping delays beyond our control.

If you want a humorous read… 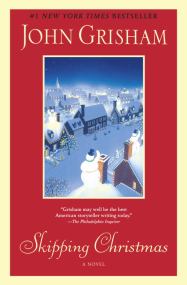 John Grisham also occasionally stretches outside of the mystery and thriller genres to write humorous books. His best-known work outside of the mystery genre is the novel Skipping Christmas, about a couple who are fed up with the stress and chaos of everything that comes with celebrating Christmas, so they decide they're going to skip it and go on a cruise instead. But their decision isn't accepted by their friends and neighbors, to hilarious results. This book was adapted into the movie Christmas with the Kranks, starring Tim Allen and Jamie Lee Curtis.

This item is a preorder. Your payment method will be charged immediately, and the product is expected to ship on or around October 26, 2010. This date is subject to change due to shipping delays beyond our control.

If you’re a young reader (or young at heart)… 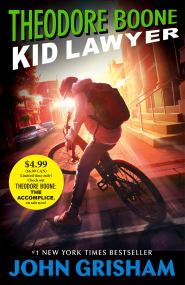 Theo Boone is only thirteen, but he's wanted to be a lawyer for as long as he can remember, and can already play the role pretty convincingly. When a real murder case rocks his town and he stumbles upon a piece of confidential information, Theo is drawn into the case, making promises to witnesses that he will have to fight hard to keep. This is the start to a fun series for aspiring lawyers!

This item is a preorder. Your payment method will be charged immediately, and the product is expected to ship on or around May 7, 2019. This date is subject to change due to shipping delays beyond our control.

Tirzah Price is a writer and contributing editor at Book Riot. She loves dark mysteries and iced coffee, and can usually be found with a book in one hand and a pen in the other. Follow her @TirzahPrice.