Brad Meltzer’s latest #1 New York Times bestseller, The Escape Artist, has more than one Novel Suspects editor hoping for a sequel. In our ongoing (and potentially unrivaled) fandom, we asked Meltzer for a list of his five favorite books of all time. So, without further ado… 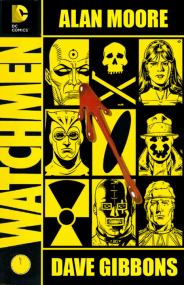 In an alternate world where the mere presence of American superheroes changed history, the US won the Vietnam War, Nixon is still president, and the cold war is in full effect.  WATCHMEN begins as a murder-mystery, but soon unfolds into a planet-altering conspiracy. As the resolution comes to a head, the unlikely group of reunited heroes—Rorschach, Nite Owl, Silk Spectre, Dr. Manhattan and Ozymandias—have to test the limits of their convictions and ask themselves where the true line is between good and evil. 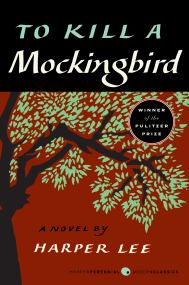 To Kill a Mockingbird

A gripping, heart-wrenching, and wholly remarkable tale of coming-of-age in a South poisoned by virulent prejudice, it views a world of great beauty and savage inequities through the eyes of a young girl, as her father—a crusading local lawyer-risks everything to defend a black man unjustly accused of a terrible crime. 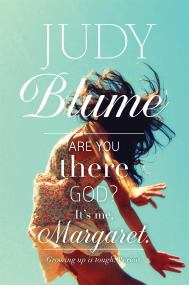 Are You There God? It's Me, Margaret

Margaret Simon, almost twelve, likes long hair, tuna fish, the smell of rain, and things that are pink. She's just moved from New York City to Farbook, New Jersey, and is anxious to fit in with her new friends. When they form a secret club to talk about private subjects like boys, bras, and getting their first periods, none of them can believe Margaret doesn't have religion. What they don't know is Margaret has her own very special relationship with God. Margaret is funny and real, and her thoughts and feelings are oh-so-relatable—you'll feel like she's talking right to you, sharing her secrets with a friend. 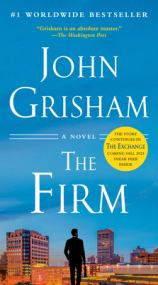 When Mitch McDeere signed on with Bendini, Lambert & Locke of Memphis, he thought that he and his beautiful wife, Abby, were on their way. The firm leased him a BMW, paid off his school loans, arranged a mortgage, and hired the McDeeres a decorator. Mitch should have remembered what his brother Ray—doing fifteen years in a Tennessee jail—already knew: You never get nothing for nothing. Now the FBI has the lowdown on Mitch’s firm and needs his help. Mitch is caught between a rock and a hard place, with no choice—if he wants to live. 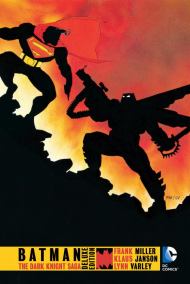 In a dark dystopian future, Gotham City has descended into lawlessness in the ten years since the Dark Knight retired. When his city cries out for help, Batman returns to save the city he had dedicated his life to protecting. Joined by Carrie Kelly, a teenaged female Robin, Batman takes to the streets to end the threat of the mutant gangs that have overrun the city. And after facing off against his two greatest enemies, the Joker and Two-Face, for the final time, Batman finds himself in mortal combat with his former ally, Superman, in a battle that only one of them will survive.

Brad Meltzer is the bestselling author of The Escape Artist. He is also the author of the Ordinary People Change the World series of picture book biographies—which includes I am Harriet Tubman—and is the host of the History Channel television show Lost History, in which he helped find the missing 9/11 flag. You can find out much more about him at BradMeltzer.com. You can also see what he’s doing right now at Facebook.com/BradMeltzer and on Twitter @bradmeltzer.

"Meltzer is a master and this is his best. Not since The Girl with the Dragon Tattoo have you seen a character like this. Get ready to meet Nola. If you've never tried Meltzer, this is the one." — Harlan Coben