Isn’t it fun to be fooled by a good book? Some of my favorite novels are deliciously unsettling at the beginning, then ask, in a slow, sly way, “What do think is really going on here?” That’s where first-person, unreliable narrators come in. They lie, they obfuscate, they show you only what they can, or want you to see. Sometimes they don’t even understand what they’re experiencing until the end of the book. These four books each have a narrator that is unreliable in a different, bold way. One of the first things one learns at writer’s school is that you set a story in a car at your peril. As an unnamed woman drives with her boyfriend to meet his parents, she has lots of time to reflect on how their relationship happened, and why she wants to break up with him. She’s also hiding the fact that a scary stranger keeps calling her. The mystery involves figuring out who the woman really is, and she doesn’t reveal herself before leading the reader into some very dark places. 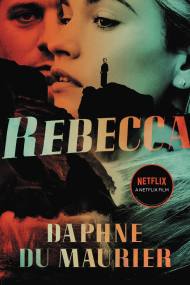 The classic Cinderella gothic. DuMaurier does a masterful job of keeping both the reader and her unnamed (sensing a trend here!) young newlywed from suspecting what’s really going on with her wealthy, distracted husband, Max. Rebecca was his first wife, now dead, and it’s her deceit that reaches out from the grave to make everyone miserable. Mrs. Danvers, housekeeper of the estate, and former maid to Rebecca, is my favorite villain in gothic literature.
It’s one of the few unreliable narrator books where it’s the naïveté of the narrator that keeps me glued to her side.

Related: The Best Daphne Du Maurier Novels Of All Time Memory and melancholy drive a young doctor to obsess about a grand house, and when he’s finally called to attend there, he’s plunged into a dream-come-true. But what he’s seeing and remembering may not be the truth or even real. His take on both inexplicable events and the mysterious inhabitants of the house is riveting. I’m a big fan of novels in which it’s hinted there might be something supernatural going on, and this is a compelling one.
At the end, there’s plenty of evidence either way, and you’re left to decide if the narrator is a fiend or a victim. 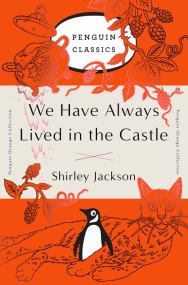 The slow revelation of the horror that is Mary Katherine Blackwood (Merricat) is one of Shirley Jackson’s most brilliant achievements. I can’t read this slender novel without seeing Merricat as a child, though she’s eighteen years old. The combination of that childlike mask with her monstrous nature gets me every time. “Everyone else in my family is dead,” she announces in the first paragraph. Chilling! It’s when she makes the harrowing truth sound bland that she’s most shocking.

Related: A Literacy Mystery With a To-The-Death War Between The Sexes

From a writer’s point of view, these types of books are challenging to write. But as a reader, I find myself clamoring for more, more, more. I don’t mind at all being fooled if it’s done cleverly and with a sense of respect for the reader’s credulity. What about you? Do you dare to be fooled?

Laura Benedict is the Edgar- and ITW Thriller Award-nominated author of eight novels of mystery and suspense, including The Stranger Inside, and the Bliss House gothic trilogy.