What’s the scariest campfire story you know? Now, imagine what it’d be like if that story was real-life. That’s what debut author Shawn Sarles wrote in his debut horror novel, Campfire. As an author and long-time publishing insider, Shawn is an expert on all things thriller—so we were on the edge of our seats when he told us four of his favorites in the genre. 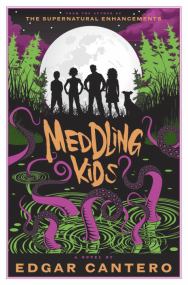 Imagine the Scooby-Doo gang all grown-up and trying to solve a Lovecraftian mystery—that would be Meddling Kids. In 1977 the Blyton Summer Detective Club solved their final mystery as a team. After separating for thirteen years, they reunite, trying to remember what exactly happened that night in 1977. Something evil has been haunting them for the last thirteen years, and they must stop it before it causes the end of the world. 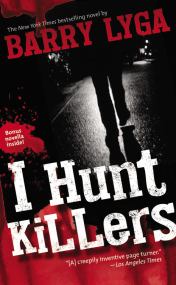 I Hunt Killers is like Dexter, but with a sixteen-year-old at its core. Jasper Dent’s father is the most notorious serial killer in all of America. His victim tally is over 150. But he’s been behind bars for four years now, leaving Jasper to live with his batty grandmother.

When a copycat serial killer comes to Jasper’s small hometown, he knows it’s up to him to uncover the real killer and clear his own name. Because if there’s one thing his serial killer dad wants, it’s for his son to follow in his footsteps. But Jasper is hell-bent on doing the exact opposite–finding and stopping serial killers, instead of becoming one. 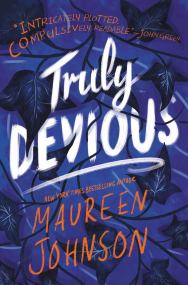 Truly Devious is a murder mystery with a lighter tone, but it's still so good. Ellingham Academy, a secluded boarding school in the Vermont mountains, is infamous for the kidnapping and murder of the founder’s young daughter and wife back in the early twentieth century.

The case has never been solved, but that doesn’t stop a determined freshman Stevie Bell from trying. When school starts, she’s dead-set on solving this eighty-year-old mystery as her thesis. That is—until a fresh murder takes place on campus and derails her investigation. 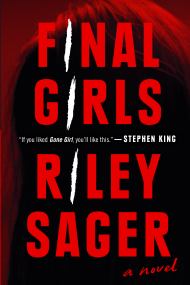 Quincey Carpenter never wanted to be a member of the exclusive Final Girls group, but she didn’t have a choice back then. The sole survivor of a horror-movie-like massacre where all her friends were murdered in front of her eyes, Quincey has spent the past ten years trying to put her life back together. She manages, until Lisa, the first Final Girl, is found dead. When the second Final Girl enters Quincey’s life, she begins to realize that the answers about Lisa’s death might lie in her own blurry memories of the night she became a Final Girl. If she can’t figure out the truth, she might just be the next Final Girl to die.

Shawn Sarles was born and raised in a small town in western Kentucky. After graduating from Wake Forest University, he moved to New York City. He has lived there and worked in the publishing industry for almost a decade. Campfire is his debut novel. 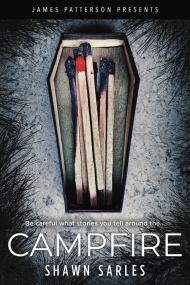 While camping in a remote location, Maddie Davenport gathers around the fire to tell scary stories. The camp guide shares the local legend of the ferocious Mountain Men who hunt unsuspecting campers and leave their mark by carving grisly antlers into their victims’ foreheads.
The next day, the story comes true.
Now Maddie and her family are lost in the deep woods—with no way out—being stalked by their worst nightmares. Because there were other, more horrifying stories told that night—and Maddie’s about to find out just how they end…