Are you in the market for a new cozy mystery suspense series? If you’re looking for something fun and whimsical, you’ll want to check out The Cat Who mystery books. You might not have heard of these charming suspense books, but once you start reading them, you’ll want to devour all 29.

Lilian Jackson Braun was an American mystery writer and the author of the 29 Cat Who mysteries. These lighthearted suspense novels take place in a small town called Pickax in Moose County, a rural county in the northern central US. Though fictions, Pickax is generally assumed to be based on the town of Bad Axe, Michigan, where Braun lived for many years. The stories follow a former newspaper reporter, Jim Qwilleran, who lives a quiet life as an ammeter sleuth. His two Siamese cats, Koko and Yum Yum, assist him in all his crime-solving endeavors.

Braun published the first Cat Who book, The Cat Who Could Read Backwards, in 1966, followed immediately by two more. Though the books were well received, Braun didn’t publish another until 1980s. In 1986, Berkley rereleased her three original Cat Who novels in paperback, and soon published four new ones. Her books rose to the top of the bestseller list, and she continued to publish them over the next twenty years. The final Cat Who novel, The Cat Who Had 60 Whiskers, was published in 2007, just four years before Braun’s death.

The Cat Who novels are quirky and engaging, highlighting the everyday realities of small-town life. You don’t need to read the series in order, as Qwilleran and his two cat sidekicks are always sniffing out some new trouble. But if you’re looking for a place to start, here’s a taste of the kind of mysterious fun you’ll find in the first five Cat Who novels. 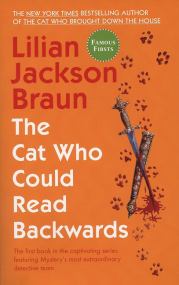 Jim Qwilleran is a formerly prizewinning journalist now working for a small town paper. When his colleague George Bonifield Mountclemens, a local art critic known for his scathing reviews, offers Qwilleran a low-rent apartment in his building, Qwilleran gladly accepts, hoping it'll involve plenty of cat sitting for Mountclemens' cat KoKo. Things get a bit dicey when the only artist Mountclemens ever praised turns up dead, and even dicier when  Qwilleran finds Mountclemens stabbed to death behind his apartment. Forging a new friendship with Koko, Qwilleran sets out to get to the bottom of the two murders. 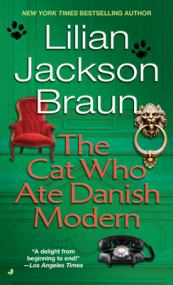 Small town journalist Jim Qwilleran is not overly exited about his new assignment: he's in charge of producing a weekly magazine focused on interior design. It's not exactly his specialty. When one of the upscale mansions featured in the magazine is found vandalized, and the homeowner murdered—well, at least solving murders is something Qwilleran has a bit of experience with. He and his smart Siamese Koko will surely find the murder in no time at all... 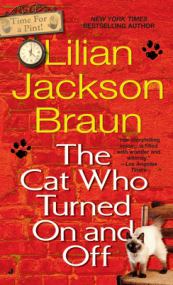 Reporter Jim Qwilleran and his crime-solving cat Koko are joined by a third cat, Yum Yum, in the third installment of the Cat Who mysteries. And it's not long before Yum Yum gets a chance to prove herself. Qwilleran decides to do a feature on Junktown, a haven for antique collectors, dealers, and aficionados. It's a new and fascinating world for Qwilleran—until one of Junktown's most prominent citizens falls to his death. That's when Qwilleran's instincts kick in because he's pretty sure the fall was no accident. But it'll take both Koko and Yum Yum's combined smarts to prove him right. 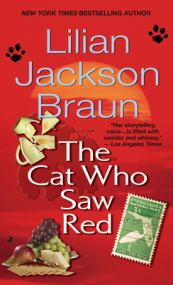 When Qwilleran moves into an old mansion to work on a new assignment for his small-town newspaper, he knows at once that something is wrong. It's not just the rumors of an unsolved mystery that hang over the house; there's something eerie going on in the present day. Qwilleran's fears are confirmed when strange happenings being occurring—first a scream in the night, and then a series of disappearances, including his old girlfriend. Luckily, the one thing Qwilleran and his trusty feline companions are always prepared for is a mystery! 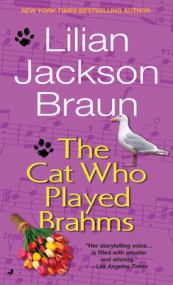 Small town reporter Jim Qwilleran is either having a career crisis or he's stuck in the summer doldrums. Either way, he's sure a few days in the country will get his life sorted out. But as soon as he arrives at the remote cabin of a family friend, odd things start happening. The local residents act weirdly secretive around him. He keeps hearing mysterious footsteps. Then, while out fishing one day, he gets caught up in a murder...and soon his relaxing country vacation turns into a game of cat-and-mouse with a killer.