When bestselling romantic suspense author Sandra Brown shared her all-time favorite books with us, we were delighted to find that they span across a wide range of genres. This makes perfect sense, seeing as her advice to writers of every genre is to “read, read, read” everything. Have you read any of her favorites yet? 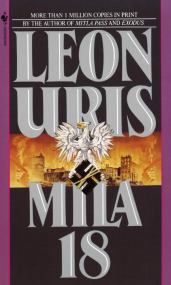 In this heartfelt historical novel of Jewish perseverance, journalist Christopher De Monti is thrust into the midst of a pre-World War II Warsaw ghetto on assignment. Bearing witness to the atrocities of the Nazi party and their plans for a “final solution,” De Monti becomes determined to share his story with the world and joins the Jews of Warsaw in their resistance against German occupation. As the war rages on and the ghetto population diminishes, Mila 18 paints a picture of the sheer strength, honor, and willpower of the Jewish resistance as they take their last stand to defend their people. In this mesmerizing novel about the early days of modern medicine, small-town doctor Jonathan Ferrier is accused of murdering his beautiful young wife who died after a botched abortion. After his acquittal, Jonathan is still haunted by his wife's death and strives to heal the judgmental people of his divided town. Testimony of Two Men explores faith, religion, and the then-new field of mental health as it tells a tale of desire, betrayal, and love that can destroy or redeem. 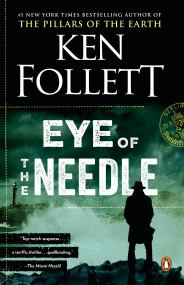 Eye of the Needle

A masterwork of suspense, intrigue, and dangerous machinations of the human heart, from the bestselling author of The Pillars of the Earth. One enemy spy knows the secret of the Allies’ greatest deception, a brilliant aristocrat and ruthless assassin—code name: “The Needle”—who holds the key to the ultimate Nazi victory. Only one person stands in his way: a lonely Englishwoman on an isolated island, who is coming to love the killer who has mysteriously entered her life. 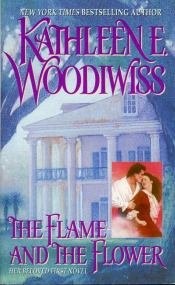 The Flame and the Flower

The Flower: Doomed to a life of unending toil, Heather Simmons fears for her innocence—until a shocking, desperate act forces her to flee. . . and to seek refuge in the arms of a virile and dangerous stranger.

The Flame: A lusty adventurer married to the sea, Captain Brandon Birmingham courts scorn and peril when he abducts the beautiful fugitive from the tumultuous London dockside. But no power on Earth can compel him to relinquish his exquisite prize, whom he plans to transport to far, uncharted realms of sensuous, passionate love. 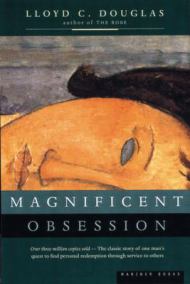 When Robert Merrick's life is saved at the expense of the life of an eccentric but adored surgeon, the carefree playboy is forced to reevaluate his own path. Merrick embarks on a course of anonymous philanthropy, inspired by reading the doctor's private papers. Magnificent Obsession is an engaging and dramatic story of personal redemption and private sacrifice that has served as an inspiration for both the stage and screen.