Without really knowing it until now, much of my career as a travel writer has been focused on finding those “stranger than fiction” stories throughout the world. The human element of travel—connecting with people in faraway places—has always been important to me, but it’s the unusual and cerebral that get my fingers clicking away on my laptop. As such, narrative nonfiction—tales told in a novelistic manner but using only fact—has become my favorite genre of storytelling, so it’s not surprising then that my first foray away from guidebooks and magazine features falls neatly into this category.

The Far Land recounts the wickedly true story of a group of individuals who spend the greater part of two decades in the late 18th century marooned on a small island like a real-life game of Survivor or a Lord of the Flies. Today, the island—Pitcairn—remains inhabited by their descendants and in 2018 I had an opportunity to visit aboard a cargo freighter that passes the island but four times a year. The Far Land recounts my experience on the island as well, and the ghosts of the past that haunt Pitcairn today. What starts as a swashbuckling adventure in both timelines soon devolves into a journey of the mind, unpacking the darker elements of the human condition as social claustrophobia begins to set in; malice and mystery is the hallmark of the Pitcairn experience, much like some of my favorite books in the genre below. 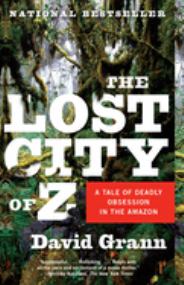 The Lost City of Z

Okay, so this isn’t a straightforward true crime book but hear me out: the question of whether or not a crime was committed looms large over the entire narrative, permeating both timelines. The mystery is simple: whatever happened to a certain eccentric British explorer who seemed impervious to the terrors of the deep Amazon…until he wasn’t. A journalist sets off in present day to puzzle together suspicious events that occurred a hundred years prior. And The Far Land takes on a similar dual timeline, examining the downfall of the HMAV Bounty’s mutineers, solving the mystery of its last surviving member, and exploring the trickle-down effects of their terrible deeds today. 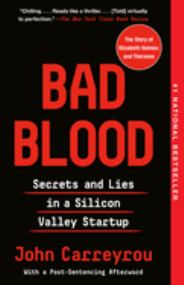 I have a vivid memory of reading John Carreyrou’s account of the demise of Elizabeth Holmes’ Theranos in one sitting—I loved the window it opened into the strange realm of Silicon Valley, but my favorite part was the Poe-esque portraiture of paranoia. At the crossroads of Holmes’ moral journey she chooses the thorny path of deceit, and no matter how much dirt she tries to throw on the proverbial bodies, she can’t seem to bury them. In The Far Land, paranoia fells my flawed protagonist in a similar fashion—stubbornness and an unwavering focus on a certain goal leaves him alone, worried and desperate. 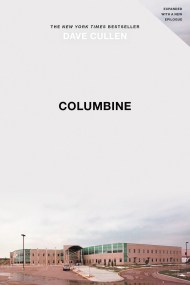 A great pop-psychology pick that explores psychopathy in a more nuanced fashion compared to other journalistic accounts of the most notorious school shooting in America (and, unfortunately, a prelude to countless others.) Psychopathy and sociopathy go hand in hand here, further bolstered by white male rage. The character studies are robust, and I think this is one of the most rewarding elements of nonfiction storytelling; with enough digging around you can tease out all of your character’s complexities. The Far Land also examines wicked deeds done to others, and posits the question: do patently evil men truly exist? 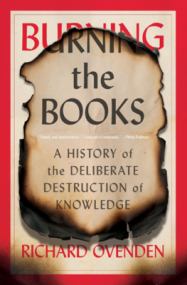 I’ve just started reading Ovenden’s book so it’s very much front of mind—the crime here is the erasure of learning, from earthen tablets of the ancient world to modern manuscript engulfed by war. The destruction of knowledge is a theme that fascinates me infinitely and a topic I hope to explore further in a future book. In The Far Land, my castaways find themselves in a place haunted by its former inhabitants, who either left the island by boat or are buried beneath the underbrush. They left markings in the stones that may explain their fate, but they’re now indecipherable—arcane—to the new arrivers.

Brandon Presser was born in Ottawa, Canada, and has lived in Paris, Tokyo, and New York City. Called a “rough-and-tough adventurer” by Entertainment Weekly, he has visited over 130 countries, and his travel writing has been featured in numerous publications including Bloomberg, Harper’s Bazaar, Condé Nast Traveler and Lonely Planet. He holds a bachelor’s degree from Harvard University. In 1808, an American merchant ship happened upon an uncharted island in the South Pacific and unwittingly solved the biggest nautical mystery of the era: the whereabouts of a band of fugitives who, after seizing their vessel, had disappeared into the night with their Tahitian companions.
Pitcairn Island was the perfect hideaway from British authorities, but after nearly two decades of isolation its secret society had devolved into a tribalistic hellscape; a real-life Lord of the Flies, rife with depravity and deception.
Seven generations later, the island’s diabolical past still looms over its 48 residents; descendants of the original mutineers, marooned like modern castaways. Only a rusty cargo ship connects Pitcairn with the rest of the world, just four times a year.
In 2018, Brandon Presser rode the freighter to live among its present-day families; two clans bound by circumstance and secrets. While on the island, he pieced together Pitcairn’s full story: an operatic saga that holds all who have visited in its mortal clutch—even the author.