Police procedurals as a genre are as old as detective fiction itself. Some of the earliest police procedural stories date back to Victorian literature of the 1800s. Wilkie Collins’ 1868 novel The Moonstone, which is considered by many to be the first detective novel ever, features Seargent Cuff, an investigator who is a Scotland Yard detective. In this book, the innovative and perceptive Sergeant Cuff investigates the theft of an enormous diamond that was originally stolen from an Indian shrine.

While it’s definitely a mystery novel, The Moonstone would probably not be considered a police procedural novel in the most traditional sense. After all, much of the novel focuses on other characters, rather than primarily being centered around the sergeant. Nevertheless, this story introduced the idea of members of the official police force and their investigations being good fodder for fiction.

Many popular police procedural novels came out during the 1940s and 50s. Some have credited the success of this genre during this time to the rise of documentaries and films based on real crimes. As people became more interested in the workings of real crime investigations, readers wanted those realities reflected in their mystery novels. Some of the authentic investigation techniques that police procedurals often include are forensics, autopsies, gathering evidence, obtaining warrants, and interrogating suspects.

While many mystery lovers will read and enjoy detective fiction of all kinds, there one major, glaring difference between amateur detective novels, PI novels, and police procedural novels. In novels centered around private investigators or amateur detectives, the police force are often portrayed as incompetent, ignorant, and sometimes even corrupt. A private investigator is then brought in to get to the truth of a case that the bumbling police can’t solve. Or a regular civilian is called upon to play amateur detective because the police just aren’t cutting it. This narrative is in direct contrast to police procedurals, which are always headed by at least one, if not several competent police officers who will get the case solved by the end of the story.

With the public’s current obsession with true crime documentaries, investigative podcasts, and other media that focuses on the nitty gritty of solving crimes, it’s no surprise that police procedural crime fiction is still growing in popularity to this day. Here are some of the most popular authors currently releasing police procedural fiction that you’ll want to check out these titles: 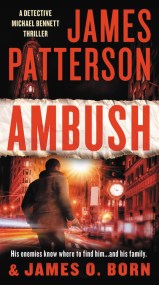 An anonymous tip about a crime in Upper Manhattan proves to be a setup. An officer is taken down—and, despite the attackers’ efforts, it’s not Michael Bennett.

New York’s top cop is not the only one at risk. One of Bennett’s children sustains a mysterious injury. And a series of murders follows, each with a distinct signature, alerting Bennett to the presence of a professional killer with a flair for disguise.

Bennett taps his best investigators and sources, and they fan out across the five boroughs. But the leads they’re chasing turn out to be phantoms. The assassin takes advantage of the chaos, enticing an officer into compromising Bennett, then luring another member of Bennett’s family into even graver danger.

Michael Bennett can’t tell what’s driving the assassin. But he can tell it’s personal, and that it’s part of something huge. Through twist after twist, he fights to understand exactly how he fits into the killer’s plan, before he becomes the ultimate victim. 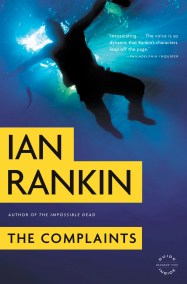 Nobody likes The Complaints—they’re the cops who investigate other cops. It’s a department known within the force as The Dark Side, and it’s where Malcolm Fox works. He’s a serious man with a father in a nursing home and a sister who persists in an abusive relationship, frustrating problems about which he cannot seem to do anything.
Then the reluctant Fox is given a new case. There’s a cop named Jamie Breck, and he’s dirty. The problem is, no one can prove it. As Fox takes on the job, he learns that there’s more to Breck than anyone thinks—dangerous knowledge, especially when a vicious murder takes place far too close to home. 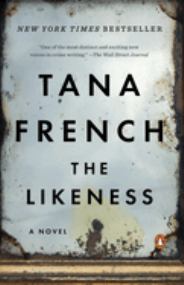 Cassie Maddox has transferred out of the Dublin Murder Squad—until an urgent telephone call brings her back to an eerie crime scene.
The victim looks exactly like Cassie and carries ID identifying herself as Alexandra Madison, an alias Cassie once used as an undercover cop. Suddenly, Cassie is back undercover, to find out not only who killed this young woman, but, more importantly, who she was.