The Whodunit mystery is a genre that has appealed to readers for centuries. But what is a Whodunit mystery? Where did the genre come from and how did it become so popular? And what are the best Whodunit stories out there? I’m here to answer all of your questions about Whodunits: what they are, where they came from, and where to find them. Stick around!

A typical Whodunit story presents a crime of some sort right at the start. From there, an astute investigator, either amateur or professional, is called in to solve the case. But the true appeal of the Whodunit is that the readers become just as involved in solving the crime as the investigators themselves. We as readers are presented with all of the clues just as the characters in the story see them, which means we have all the tools to crack the case along with our main character.

A good Whodunit story offers up a mystery like a puzzle that is complicated to solve but not impossible. In the end, we as readers might not have been able to figure out the culprit of the case before our gifted investigator did so. But looking back, we realize we had all the puzzle pieces to fit the case together, and that’s thrilling and satisfying. And for so many readers, that’s why this genre never gets old.

But where did Whodunit stories come from? Detective fiction dates all the way back to the mid-1800s when Edgar Allan Poe wrote The Murders of Rue Morgue in 1844, and shortly after, in 1868, Wilkie Collins wrote the first detective novel, The Moonstone.

Mystery suspense stories continued to rise in popularity through the late 1800s, mostly with the distribution of crime stories in dime novels. Many of these crime stories used Chicago as their backdrop, and to this day, Chicago remains a classic setting for Whodunits and mystery stories.

Although Whodunits were being written and voraciously read long before 1930, this is when the term “Whodunit” was officially coined. In his review of the detective novel Half-Mast Murder, News of Books reviewer Donald Gordon used the term “Whodunit” to describe the story. And Gordon couldn’t have come up with a more apt term any sooner, because as he was writing and defining what a Whodunit is, the world was right in the middle of the Golden Age for mystery fiction.

The Golden Age of mystery fiction happened in the 1920s and 30s, and many of the authors of these Whodunits were British (or were inspired by British authors). Some of the most enduring mystery writers come out of this time period, including Dorothy L. Sayers and Agatha Christie. Contemporary cozy mysteries are still very much inspired by this important period in the history of Whodunit stories.

Mysteries from the Golden Age became so ubiquitous that certain patterns and tropes began appearing: a cast of questionable characters, a cozy country home as a setting, locked rooms, red herrings, and so on. Yes, there is a certain pleasure and comfort in the fact that these Whodunits from the Golden

Age had a predictable formula. But the more stories continued to be written in this formula, the more people began to push away from the expected. And so from this period of tried and tested mystery tropes arose a new type of Whodunit: hard-boiled crime fiction.

Think of hard-boiled crime fiction as America’s answer to the polite British Whodunit. These Whodunits were louder, more violent, and more emotionally raw. While the general storyline still followed the conventions of a classic Whodunit, hard-boiled crime fiction added a little edge and darkness to a genre that was maybe getting a bit more polite than any murder mystery has a right to be. While the Golden Age of mysteries in Britain was at its peak in the 1920s and 1930s, hard-boiled crime fiction really took off in the mid-1930s through the 1950s. Popular classic writers of this genre include Dashiell Hammett, James M. McCain, and Raymond Chandler.

The contemporary Whodunit takes notes from the genre’s history, taking influences from the past and adding new twists to make the ideas fresh again. Some authors, like Walter Mosley, go for the grittier hard-boiled detective story. Others, like Ruth Ware, are clearly influenced by Golden Age authors. Meanwhile, other authors harken back to the mysteries of the earliest Whodunit novels, before we even knew what Whodunits were.

But no matter what their influences are, these authors are adding something new to the genre. And yet all of these Whodunits have that one important thing in common: a compelling mystery that we can’t wait to solve.

Now that you know what a Whodunit mystery is and where they came from, here are a few must-read Whodunit titles that define the genre: 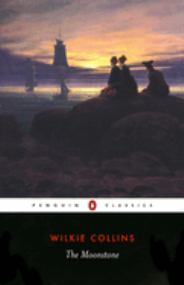 The Moonstone, a yellow diamond looted from an Indian temple and believed to bring bad luck to its owner, is bequeathed to Rachel Verinder on her eighteenth birthday. That very night the priceless stone is stolen again and when Sergeant Cuff is brought in to investigate the crime, he soon realizes that no one in Rachel’s household is above suspicion. Hailed by T. S. Eliot as "the first, the longest, and the best of modern English detective novels," The Moonstone is a marvellously taut and intricate tale of mystery, in which facts and memory can prove treacherous and not everyone is as they first appear. 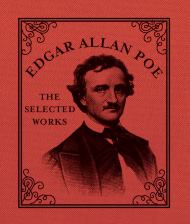 This entertaining anthology includes four of Edgar Allan Poe’s most popular tales of terror (The Masque of the Red Death, The Tell-Tale Heart, The Cask of Amontillado, and The Black Cat) and a selection of his haunting poetry reprinted in full, along with an introduction and biography on the Master of the Macabre.