As common as it is now to hear the name “Einstein” used in modern times to describe a person of high intelligence, the name “Manson” has become synonymous with “murderer.” The Manson Family murders carried out during the Summer of Love were so heinous and evil, they were almost more than the American public could comprehend, and took on a legendary status in the world of crime.

While the late 1960s are often remembered as a time of peace and love, these years were also shaped by America’s presence in Vietnam. For the first time, the nation’s acts of violence overseas were being piped directly across the globe to televisions back home. The idea that one man could command such horrors in their own country was too much for Americans to handle, especially when the murders involved a pregnant actress.

The Manson Family murders are some of the most famous crimes in history. Dozens of films, television shows, and books have been written about them. Manson himself was imprisoned for life for his role in seven murders and was originally sentenced to death. His sentence was commuted to life in prison in 1977, and he was denied parole repeatedly, never to see the outside of a jail cell again before his death in 2017.

The crimes of that summer continue to fascinate and frighten people 50 years later. In recent pop culture, the murders play a small part in the upcoming Quentin Tarantino film Once Upon a Time in Hollywood, and they were mentioned in the first season of Mindhunter and the seventh season of American Horror Story. Matt Smith, known for his roles on Doctor Who and The Crown, recently portrayed Manson in Charlie Says.

For more in-depth information into Manson, his “family,” and the murders, here are several books, movies, and television shows to check out.

The Best Books About the Manson Murders 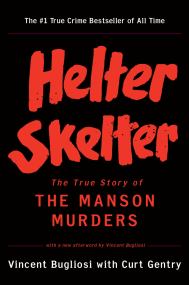 The most famous Charles Manson book, Helter Skelter is the #1 best-selling true crime book of all time, with over 7 million copies sold. Author Vincent Bulgiosi was the prosecuting attorney in the Manson trial, and explains the meticulous detective work that led police to the Manson family, offering insights into Manson's trial. The title is a reference to a song by the Beatles, the name of which was painted on the walls in one of the Manson murder sites. 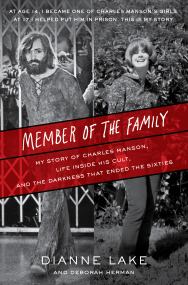 Member of the Family

Lake was only 14 when she joined up with the Manson family in California. The child of hippie parents who were fine with her leaving home, she spent two years on the Manson family farm. Though she was not involved in the murders, she was arrested along with the cult's other members and eventually became a witness for the prosecution. In Member of the Family, Lake offers a rare insider perspective on life as one of Manson's "girls." 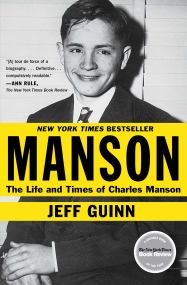 Manson is a comprehensive look into the titular figure's life, from his birth father's abandonment of his mother before Manson was born, to his traumatic upbringing by an unstable mother and abusive relatives. Jeff Guinn discusses the signs of Manson's mental illness from a young age, covers his time in juvenile detention centers and prisons, and examines how he came to hold such sway over impressionable young people.

The Best Movies and TV Shows About the Manson Murders: