When discussing thrillers, there are very few people who don’t know the name ‘David Baldacci.’ After all, he’s a #1 worldwide bestselling author, known for his action-packed novels featuring tough characters running toward danger and taking on jobs most people pass up. Baldacci’s books are published in over 45 languages and in more than 80 countries, with over 110 million copies in print. That’s no small potatoes!

And when discussing thrillers by David Baldacci, John Puller should always be mentioned, because he’s one of Baldacci’s best characters. A lone wolf military investigator with a hero dad and a criminal brother, Puller works hard to keep the country safe. He puts the needs and lives of others ahead of his own, and has a dogged determination when it comes to cracking military crime cases. And, boy, does he get some tough ones! But with his big brain and big brawn, nothing stands in his way for long.

If you’ve always wanted to read David Baldacci but didn’t know where to start, or if you’re a fan of books with heart-pounding action, murder, and intrigue, the John Puller books are the right fit for you. Below is a handy list of the David Baldacci’s John Puller series in order, so you can clear your calendar and get started! (Also, while some people insist on starting with the first book, there’s no rule that says you have to read the John Puller books in order. You do you.) 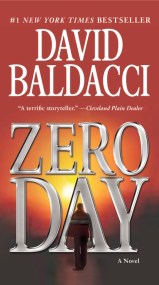 In the first book, Puller is sent to a tiny town in West Virginia to investigate the horrible murder of a colonel and his whole family. A crime of this magnitude usually requires a huge investigation, but for some reason, Puller has been sent alone, which sets off alarms in his brain. Helping him with the investigation is local homicide detective Samantha Drake. Using his knowledge of crime, and Drake's information about the family and the town, Puller reveals a carefully constructed crime scene that hides a conspiracy larger than the tiny town can hold.

This item is a preorder. Your payment method will be charged immediately, and the product is expected to ship on or around October 31, 2011. This date is subject to change due to shipping delays beyond our control. 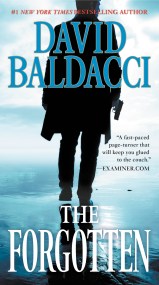 Being the best at your job is a blessing and a curse. It means you get results, but you also get the hard jobs no one else can handle. In Army Special Agent John Puller's case, it means being sent to tough crime scenes. But his newest assignment is even tougher than usual: the victim is Puller's aunt in Florida. While the local Paradise police think her death was an accident, Puller knows that just before her death, his aunt mailed his father a letter. The contents describe Paradise as a less-than-idyllic town. Fuller must unravel a far-reaching conspiracy to get to the bottom of his aunt's death before someone silences him too.

This item is a preorder. Your payment method will be charged immediately, and the product is expected to ship on or around November 20, 2012. This date is subject to change due to shipping delays beyond our control. 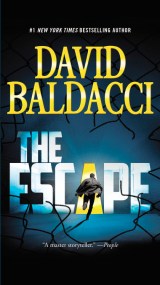 In the third book in the series, Puller continues to have family trouble. Though Puller's father is an Army hero, his older brother Robert is a criminal. Robert was convicted of treason and imprisoned in a government facility. But somehow, Robert escapes from prison and becomes the most wanted criminal in the country. He's being hunted by men that don't want to see him captured alive, so the FBI send Puller to find him first. To find him faster, Puller teams up with another agent, but he's not sure he can trust her. He's beginning to suspect the details behind Robert's conviction might not be true. Can he reveal the truth behind Robert's conviction, find his brother, and extract him from an explosive situation before it's too late?

This item is a preorder. Your payment method will be charged immediately, and the product is expected to ship on or around November 18, 2014. This date is subject to change due to shipping delays beyond our control. 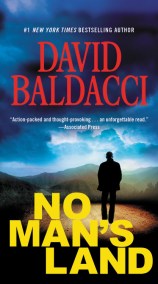 Puller is on his most personal case yet! When Army Special Agent John Puller was just a boy, his mother disappeared. Thirty years later, military investigators show up at Puller's ailing father's hospital room and accuse him of murder. With the help of his brother and a government intelligence agent, Puller must use what little he remembers from three decades ago to clear his father's name, and uncover the truth of their past. But it won't be easy. Paul Rogers is a man on a mission. He has a score to settle back in Fort Monroe, where the Puller family used to live. His thirst for revenge puts Puller right in his crosshairs. Will he get to Puller before Puller reaches the truth?

This item is a preorder. Your payment method will be charged immediately, and the product is expected to ship on or around November 15, 2016. This date is subject to change due to shipping delays beyond our control.

David Baldacci talks about how he learned so much about the FBI, his trick to predicting movie endings, and his new series protagonist Atlee Pine.