I hope you have your favorite warm drink, coziest sweater, and comfy reading spot because I’ve got a bunch of mysteries and thrillers releasing this month that are perfect for curled-up fall reading. From fantastic debut crime to super long-running series favorites, your blood will be keeping you warm from all these heart-pumping thrills and mysteries that need solving. 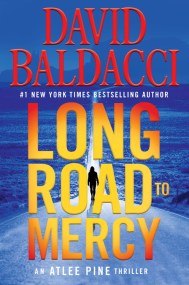 *Rings the dinner bell for all Baldacci fans* There’s a new series with a new character! Atlee Pine is with the FBI and carries the past of having had her twin abducted by a serial killer when they were six. It’s this past that keeps her from promotions in the Bureau: no matter how good or qualified she is, all she wants to do is be out in the field catching the bad guys. Wish come true, I guess, since she’s assigned to a string of missing person cases in the Grand Canyon.

Related: Listen to the first hour of the audiobook here! 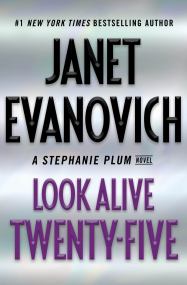 For fans of the funny and sarcastic bounty hunter Stephanie Plum, you have a new book in this long-running series! And I have no doubt Plum is gonna find herself a new mystery and new trouble to get into. A mystery like a deli in Trenton where three managers have disappeared in one month! So, of course, Plum makes herself the new manager… A deliciously wicked book that lives up to that title! Ayoola has a trail of dead bodies behind her. But she also has a sister, Korede, who always comes to her defense and cleans up the mess—quite literally in some cases. But things are about to change when Ayoola sets her eyes on the man Korede is in love with. Will Korede be able to keep defending Ayoola’s murderous ways or will Ayoola finally go too far… Smart, clever, and heaps of fun.

Related: If You Liked My Sister, The Serial Killer You'll Like... 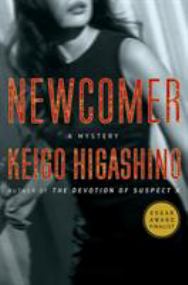 Keigo Higashino is the author of the Detective Galileo and Kyoichiro Kaga series, and I will always be first in line for any of his work when it gets translated. Newcomer is part of the Kaga series, which includes the previously translated Malice, a locked-room-locked-house murder mystery! Now, Detective Kyoichiro Kaga has been transferred to a new precinct in Nihonbashi, Tokyo. Being a great detective, he’s immediately assigned a case with a ton of suspects! If you’re a fan of police procedurals, Higashino is a great mystery writer, and it’s always interesting to see how laws and procedure vary in different countries and cultures. Kingdom of the Blind

Where are my Chief Inspector Gamache fans at?! You’re probably already in line for the next in the series! Currently on suspension, Gamache ends up doing some sleuthing on his own when he finds out he’s an executor of complete stranger's will. And then, of course, there’s a body! And his past, that pesky suspension and previous case, haven’t finished with him yet… 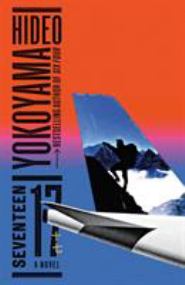 Last year, I read Six Four, which was 80% a super in-depth Japanese procedural that flips a switch into thriller in the last 20%, and I have since been dying to read more Hideo Yokoyama. Set in 1985 and 2003, Seventeen follows Kazumasa Yuuki, a newspaper reporter. Almost twenty years after an airplane crash that his newsroom reported on, he’s finally ready to fulfill a promise that will put the last mystery of the crash to bed. Yokoyama’s novels are for readers who love diving deep into office politics and human behavior and are willing to wait for the I-didn’t-see-that-coming mystery at the end. 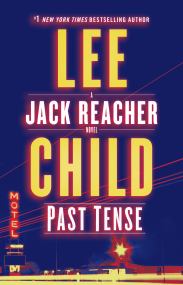 Hello, Jack Reacher fans, you have a new thriller! Reacher's cross-country trip is diverted when he decides to stop in the town his father was born. Also detoured are Canadian tourists on their way to N.Y., except their car broke down and they're stuck. As Reacher's look into his father's life takes weird turns the tourists find themselves in danger... For fans of past and present mysteries! 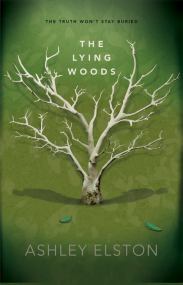 I am here for teen sleuths. Especially when you add in family drama, like the only reason you were wealthy was because your dad was stealing the money and now he's up and run away and you and your mom are up that creek sans paddle! This is what happened to Owen Foster, who is no longer attending his boarding school and is receiving threats for what his father did. But is there more to that cryptic note his father sent him before running away? Foster is determined to find out what is really happening...