While David Baldacci is best known for is adult thriller and suspense novels, he’s also the author of a series of thriller books for young adults. The Vega Jane Books comprise a supernatural thriller suspense series about Vega Jane, a teen girl from a very unusual town who must discover the truth about her post-apocalyptic world if she is going to survive and protect the people she loves. It’s a great series for fans of The Hunger Games series by Suzanne Collins, or the Divergent series by Veronica Roth.

Here’s what you need to know: There are four thrilling books in the series, and you’ll definitely want to read them in order to enjoy Vega Jane’s journey in all of its twists and turns. In fact, you might want to get your hands on all four books at once, because we can promise nonstop action and some pretty suspenseful endings! If this sounds like your kind of series, then here are each of the Vega Jane books in order so you can enjoy them from start to finish! 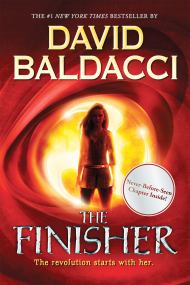 Vega Jane lives in the town of Wormwood, where no one leaves. She's grown up knowing that nothing exists beyond the borders of Wormwood but the Quag, a dangerous forest where dark creatures lurk and certain death awaits. But when Vega sees Quentin Herms run away one night, she realizes that he didn't just leave on his own—he was forced away. And because she can't leave well enough alone, Vega wants to know who chased him off and why, setting her on a dangerous course that will have her sniffing out Wormwood's darkest-held secrets and just maybe discovering the truth about what lies beyond in the Quag. 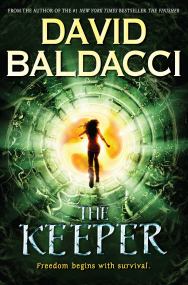 After discovering that Quentin has run from Wormwood and getting curious enough to want to know why, Vega Jane has uncovered the dark secrets that her town guards closely, and she is no longer safe in Wormwood. She too must flee as Quentin did, but that means facing the dangers of the Quag, a place she has always been told is full of death. Vega, her best friend Delph, and dog Harry Two must find a way through the dark forest, facing supernatural creatures and dark magic designed to keep them in Wormwood, and away from the truth. The Width of the World (Vega Jane, Book 3)

Vega Jane, Delph, and Harry Two have survived the unthinkable: They've broken free of the horror of the Quag to discover what's on the other side. But the outside world isn't at all what Vega expected—in fact, it's worse. Outside, people don't even realize that they're prisoners of a formidable foe who is so cunning that it'll take everything that Vega, Delph, Harry Two, and their new companion Petra have in order to expose him. And if they manage? It'll change the world. But first, they need an army. 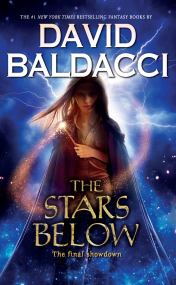 The Stars below (Vega Jane, Book 4)

Everything Vega Jane has done in her life has brought her to this moment: Facing Nero, the evil sorcerer responsible for so much evil and destruction in her world, and for imprisoning her village of Wormwood in the Quag. Even though she's survived the Quag, raised a resistance force, and is backed by her friends and allies, Vega must face Nero on her own in this ultimate battle that will determine the fate of the world.