As cooler weather arrives, the comfort of a warm spot, a cup of tea, and a cozy mystery holds a lot of appeal. Audiobook listeners can slide on their headphones or call up a smart speaker and check out some of our recommendations in recent mystery audiobooks. Some readers may think of the “Golden Age” of cozy mysteries, when Dorothy L. Sayers, Ngaio Marsh, and Agatha Christie introduced the amateur sleuth and the off-scene crime, but the cozy is alive and well with contemporary writers. In our list, we DO have a Christie, a glorious adaptation of her 1923 story brought to audio with a full cast and sound effects.

THE MURDER ON THE LINKS

This adaptation of a classic Christie whodunit to vintage radio drama format is absolutely delicious. Evocative music and portentous sound effects greatly enhance the fun, and the cast is superb. Many great actors have taken on the fussy little Belgian detective Hercule Poirot, but none better than Alfred Molina here. His Poirot is still punctilious and obsessive, but also warm and funny as he sorts out a blindingly baroque murder plot and keeps insisting it is totally obvious.

A library without books? Narrator Allyson Ryan portrays Tru Beckett, a librarian in small-town South Carolina whose library is about to be turned into a “technology center.” In this first installment in the Beloved Bookroom Mystery series, Tru rescues hundreds of discarded books in order to open a secret library. But when the town manager ends up dead, Tru and her friends find themselves in a bind. Humor, romance, murder, and a cat named Dewey, combined with the narrating talents of Ryan, ensure that this series is off to a great start.

AUNTIE POLDI AND THE LOST MADONNA

Narrator Matt Addis impressively delivers the adventures and misadventures of Auntie Poldi, a proud resident of Sicily who is German by birth. Listeners will accompany boisterous Auntie Poldi and her equally eccentric, long-suffering, and often tipsy nephew as they work to solve a mystery. Despite being 61 years old, sporting a wig, and having a bum knee, Auntie Poldi is on the trail of wrongdoers involved with an exorcism gone awry. This treat of a mystery provides a lot of laughs.

PINT OF NO RETURN

Narrator Stephanie Nemeth-Parker uses her versatile talent to populate the town of Upper Sprocket, Oregon, where Gabe Bigley’s three ex-wives now live and work. Florida native and third ex-wife Trinidad Jones is opening her Shimmy and Shake Shop, an outsized ice cream parlor next door to the Popcorn King, where she finds Kevin, the owner, dead. She joins forces with the other ex-wives, Police Chief Bigley, and nut-farm owner Quinn to identify Kevin’s killer. Laughs and smiles abound in Parker’s voice as Trinidad and Quinn follow the clues in this cozy mystery.

Narrator Ann Marie Lee dramatizes this cozy mystery in which Bailey Ruth Raeburn, a ghost, investigates another murder, her tenth case for Heaven’s Department of Good Intentions. The do-good specter returns home to Adelaide, Oklahoma, where she saves a widow named Fran from drowning and then helps Detective Lot untangle secrets that haunt Fran’s family. Lee projects big emotions as she portrays each character and describes each scene, no matter how inconsequential. Distinguished by her Oklahoma twang and her ever-changing costumes, Bailey Ruth investigates the convoluted case. With Lee’s verbal push here and incorporeal Bailey Ruth’s physical nudge there, the clues come together, and the mystery is solved.

This classic British whodunit from the Golden Age of mysteries has been recorded to delight another generation. A comely middle-aged widow agrees to reside in what is reputed to be a haunted house for six months to earn money for her spoiled daughter. With panache and practiced skill, narrator Anne Hancock evokes the gloom of the old Dower House, with its peculiar staff and disconcerting neighboring families. Hancock brings to life the winsome widow and other compelling portraits. This is a nostalgic treat. 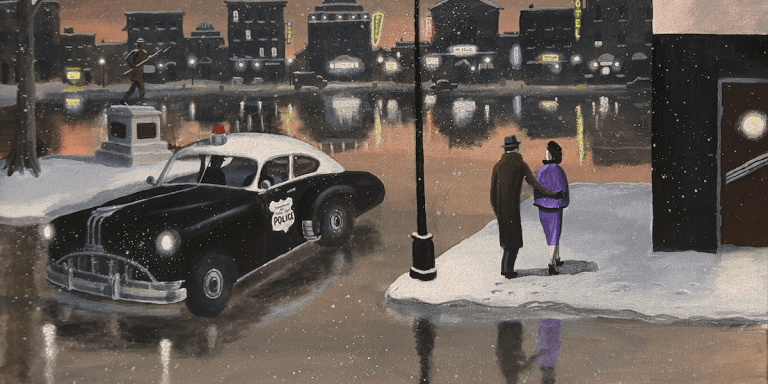