I love romantic suspense. From legal domestic thrillers that keep you guessing to military special forces with big Band of Brothers—and sisters—feels, the genre is filled with heart-pounding action, nail-biting drama, and of course, sizzling chemistry between two main characters who will twist and turn their way toward a happily ever after. There’s something for everyone to love. If you’re curious about where to start, here are a few of my favorites! 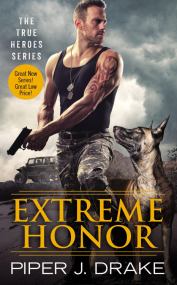 This is the first book in Drake’s True Heroes series, and if the swoon-worthy heroes on the covers don’t suck you in, the dogs on them definitely will. Not only do you have peril and intrigue on every page, but the characters do it with a faithful companion at their side. This series starter is incredible about showing that not all heroes wear camo and dog tags…sometimes they wear collars. 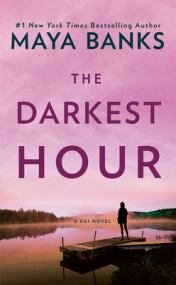 This is the book that first yanked me into the world of romantic suspense. It follows a tight-knit group of brothers (all with varying military backgrounds) who form a private security firm. There’s action and bad guys, and it epitomizes everything you go to an action movie to see. And if you continue with the series, there’s even a paranormal edge that you see later on… It’s worth it! 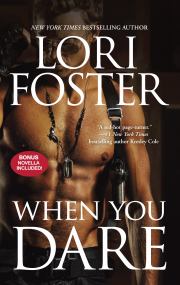 Can you say bad boys with hearts of gold? Until When You Dare, I’d only read books where the heroes did their part to protect innocents because that’s what a good hero does. But the mercenaries of the Honor series struggle with this concept, and it’s such a delicious twist on the typical military romantic suspense that I still think about them—and the women who capture their hearts—years after finishing. The Final Hour series combines a high-octane action-movie feel with an espionage thriller. Cover operatives. Hidden bad guys. Looming threats around every corner that force the characters to work together or risk it all. There isn’t anything not to love, and the fact that Rushdan herself is a military veteran brings a real authenticity to the page. I honestly can’t wait to see what she does next because I’m sure it will be fabulous. A Madness of Sunshine

A small town shrouded in secrets and lies and set in New Zealand? Yes, please! Factor in that it’s by one of my fave paranormal authors and I was smiling cover to cover (except for the scary parts). Nalini hits it out of the park with this serial killer thriller, her first foray into the genre. Just when you think you have it all figured out…TWIST. If you like your suspense a little dark and gritty, this will be right up your alley. I already put in my vacation day request for when the next one comes out.

April Hunt is the author of the Steele Ops series from Forever. She grew up in American’s chocolate capital, Hershey, and she now lives in Virginia with her college sweetheart husband, two young children, and a cat who thinks she’s a human-dog hybrid. Her newest book, Fatal Deception, releases on November 10. For more on April, visit AprilHuntBooks.com.

Roman Steele learned a hard lesson about trusting others. While serving his country, he put his faith in the wrong person and lost a leg for his loyalty. So far, civilian life suits him -- as long as he doesn't have to deal with anyone. But when he's called in to investigate a break-in at a high-security lab, he finds himself butting heads with the lead virologist, a woman as infuriating as she is beautiful.
When criminals break into Isabel Santiago's lab and steal a deadly virus, she's desperate to find the culprits before they turn her research into a weapon. But first, she must put her trust in the brooding security expert who sees danger around every corner. As she and Roman race to track down the culprits, these two unlikely partners find there's more at stake for them than they ever imagined possible—but only if they stop the enemy in time.