William Shaw, author of the historical mystery series Breen and Tozer, which is set in London in the late 1960s. We asked him for his advice about how to write a historical crime novel.

Obviously. It wouldn’t be a historical novel if you didn’t. Inevitably, though, you will find you do two chunks of research. You can’t begin to write a word without immersing yourself in your era. But be prepared to start the research over once you’ve finished. After 100,000 words or so, you’ll have more questions than you started with.

However, unlike at the start, when you’re just wallowing in piles of history books, now your questions will be ultra-specific. Like, how long would it take to drive across London in 1968? What coins did London phone boxes take? Once you have specific questions, you can call up real experts, and you know what? They won’t mind at all; in fact, that’s where the real fun starts.

For A Song for the Brokenhearted, I had found a naturalist who could tell me about British wildlife in 1964. And when I found my expert, it was like they had waited for years for someone to come up with that topic.

The juiciest bits are the bits between the facts. History leaves holes; this is where you play. There’s not much in the way of a record of Thomas Cromwell’s childhood, so Hilary Mantel was free to make it up in Wolf Hall. Whatever your era, the language of the common person is probably only sketchily recorded, so you’ll have to imagine what they said and how they said it.

3. … but beware the unknown unknowns.

Some of the assumptions you thoughtlessly make will turn out to be plain wrong. When I wrote my first draft of She’s Leaving Home, I had Constable Helen Tozer driving a police car all the way through the book. Luckily, my recent historical past features people who are still alive. I met a couple of women who had served in Tozer’s police division in London in 1968; when I ran the plot back to them they were fine, until I reached the bit about the driving. They looked at me like I was insane. “Oh no. Policewomen didn’t drive cars, then.” Really? Ok. Major redraft.

You might have your characters in a 12th-century European novel sitting down to breakfast before going to work in the fields, as Ken Follett does in Pillars of the Earth. Most people won’t notice, but all it takes is one person who knows that wouldn’t have happened… (Confession: I only know this is wrong because a disappointed historian pointed it out in a review).

Just because you have spent days researching the Victorian sewer system doesn’t mean you have to inflict everything you know on your reader. It is enough for them to get a sense of what Victorian London smelled like. As in any fiction, the only detail that is relevant is the stuff that enhances theme, characterization and plot. Everything else is showing off.

George MacDonald Fraser, writer of the brilliant Flashman books, tucked his knowledge into footnotes that were so well-written, they were as entertaining as the text itself. And then there’s the language. Yes, it’s good to use words and phrases that remind you of a period, but verily, don’t over-egg ye pudding.

5. You must have a time traveler in your cast list.

Finally, the single most important thing is… you must have a time traveler in your cast list. Let me explain. If crime fiction is a type of morality play—as I think it always is—then historical crime exists in a really, really weird moral universe. How do you begin to reconcile the wacky beliefs of the age you are writing about with our liberal modern present? How are you going to cope with a world in which your even your best characters must presumably think that, say, slavery is perfectly normal, that women should have no rights of their own, and that homosexuality is utter depravity?

The trick is that somebody in your book—usually a narrator figure—is not really from that time at all. This is a hell of a thing to pull off. C.J. Sansom manages it brilliantly with his narrator Shardlake. Shardlake shares our revulsion with the cruelty and religious zealotry of his time, because he is like us. Shardlake is disabled and his outsider status has, over the years, forced him to see the world differently.

In my Breen and Tozer series, it’s not the narrator, but the sidekick who is out of her own time. Breen is more or less of his age. It’s his loud, rock music-loving Tozer who represents our point of view, challenging his post-war preconceptions of how the world ought to be. The trick is to find that character, and if you can, you’re halfway there.

William Shaw is the author of Salt Lane, The Birdwatcher, and the Breen and Tozer series. 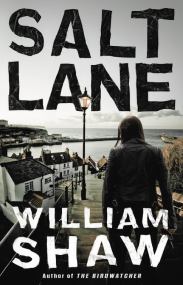 Sergeant Alexandra Cupidi is a recent transfer from the London metro police to the rugged Kentish countryside who's done little to ingratiate herself with her new colleagues. With a new, young Constable Jill to look after, she’s facing another bizarre case: a woman found floating in local marsh land, dead of no apparent cause. Juggling the case, her aging mother, her teenage daughter, and the loneliness of country life, Detective Cupidi must discover who the woman really was, who killed her, and how she managed to reconnect with her long lost son, apparently from beyond the grave. 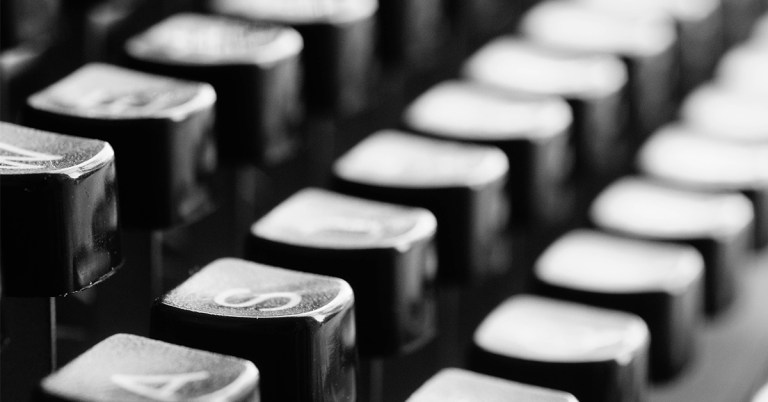 How To Write A Thriller