Looking for a new recommendation based on a bestselling favorite? These terrifying tales are guaranteed to keep you on the edge of your seat with the turn of every page.

Twenty-five million dollars in cartel gold lies hidden beneath a mansion on the Miami Beach waterfront. Ruthless men have tracked it for years. Leading the pack is Hans-Peter Schneider. Driven by unspeakable appetites, he makes a living fleshing out the violent fantasies of other, richer men.

Cari Mora, caretaker of the house, has escaped from the violence in her native country. She stays in Miami on a wobbly Temporary Protected Status, subject to the iron whim of ICE. She works at many jobs to survive. Beautiful, marked by war, Cari catches the eye of Hans-Peter as he closes in on the treasure. But Cari Mora has surprising skills, and her will to survive has been tested before. 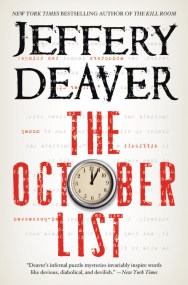 Gabriela waits desperately for news of her abducted daughter.
At last, the door opens.
But it’s not the negotiators. It’s not the FBI.
It’s the kidnapper.
And he has a gun.

How did it come to this?

Two days ago, Gabriela’s life was normal. Then, out of the blue, she gets word that her six-year-old daughter has been taken. She’s given an ultimatum: pay half a million dollars and find a mysterious document known as the “October List” within 30 hours, or she’ll never see her child again. 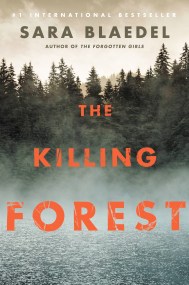 Following an extended leave, Louise Rick returns to work at the Special Search Agency, an elite unit of the National Police Department. She’s assigned a case involving a fifteen-year-old who vanished a week earlier. When Louise realizes that the missing teenager is the son of a butcher from Hvalsoe, she seizes the opportunity to combine the search for the teen with her personal investigation of her boyfriend’s long-ago death . . .

Louise’s investigation takes her on a journey back through time. She reconnects with figures from her past, including Kim, the principal investigator at the Holbaek Police Department, her former in-laws, fanatic ancient religion believers, and her longtime close friend, journalist Camilla Lind. As she moves through the small town’s cramped network of deadly connections, Louise unearths toxic truths left unspoken and dangerous secrets. 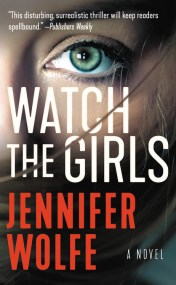 I’ve been watched all my life. I’m used to being stared at. Observed. Followed.
Washed up teen star Liv Hendricks quit acting after her beloved younger sister inexplicably disappeared following a Hollywood party gone wrong. Liv barely escaped with her life, and her sister was never heard from again. But all this time, someone’s been waiting patiently to finish what was started . . .Now fifteen years later, broke and desperate, Liv is forced to return to the spotlight. She crowdfunds a webseries in which she’ll pose as a real-life private detective–a nod to the show she starred on as a teen. When a mysterious donor challenges her to investigate a series of disappearances outside a town made famous by the horror movies filmed there, Liv has no choice but to accept.Liv is given a cryptic first clue: Follow the white wolf. And now a darker game is about to begin. Through social media, someone is leaving breadcrumbs to follow. As Liv makes increasingly disturbing discoveries, her show explodes in popularity. A rapt internet audience is eager to watch it all–perhaps even at the cost of Liv’s own life . . . 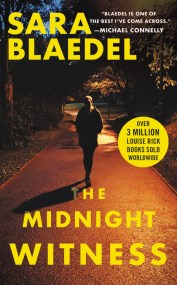 A young woman is found strangled in a park, and a male journalist has been killed in the backyard of the Royal Hotel in Copenhagen.

Detective Louise Rick is put on the case of the young girl, but very soon becomes entangled in solving the other homicide too when it turns out her best friend, journalist Camilla Lind, knew the murdered man. Louise tries to keep her friend from getting too involved, but Camilla’s never been one to miss out on an interesting story. And this time, Camilla may have gone too far . . . 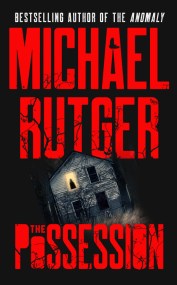 Still recovering from the shocking revelations they uncovered deep in uncharted territory in the Grand Canyon, American myth and legend investigator Nolan Moore and his team take on a new mission, investigating a rumored case of witchcraft and possession.

Nolan hopes their new case, in a quaint village in the middle of the woods, will prove much more like those he and his team investigated prior to their trip to Kincaid’s cavern.

But as the residents accounts of strange phenomena add up, Nolan and company begin to suspect something all too real and dangerous may be at play. A force that may not be willing to let them escape the village unscathed. 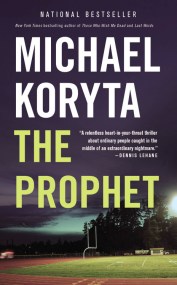 Adam Austin hasn’t spoken to his brother in years. When they were teenagers, their sister was abducted and murdered, and their devastated family never recovered. Now Adam keeps to himself, scraping by as a bail bondsman, working so close to the town’s criminal fringes that he sometimes seems a part of them.

Kent Austin is the beloved coach of the local high school football team, a religious man and hero in the community. After years of near misses, Kent’s team has a shot at the state championship, a welcome point of pride in a town that has had its share of hardships.

Just before playoffs begin, the town and the team are thrown into shock when horrifically, impossibly, another teenage girl is found murdered. As details emerge that connect the crime to the Austin brothers, the two must confront their buried rage and grief and unite to stop a killer.” 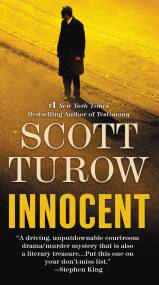 Twenty years after Rusty Sabich and Tommy Molto went head to head in the shattering murder trial of Presumed Innocent, the men are once more pitted against one another in a riveting psychological match. When Sabich, now 60 years old and the chief judge of an appellate court, finds his wife Barbara dead under mysterious circumstances, Molto accuses him of murder for the second time, setting into motion a trial that is vintage Turow–the courtroom at its most taut and explosive. 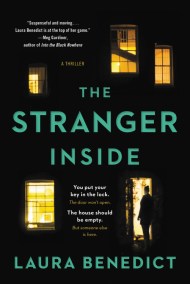 There’s a stranger living in Kimber Hannon’s house. He tells the police that he has every right to be there, and he has the paperwork to prove it. But Kimber definitely didn’t invite this man to move in. He tells her that he knows something about her, and he wants everyone else to know it, too.

“I was there. I saw what you did.” These words reveal a connection to Kimber’s distant past, and dark secrets she’d long ago left buried. This trespasser isn’t after anything as simple as her money or her charming Craftsman bungalow. He wants to move into her carefully orchestrated life—and destroy it. 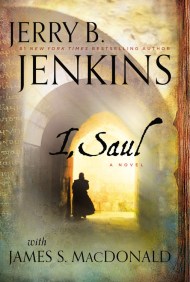 by Jerry B. Jenkins

A MURDERER who would change the WORLD From multi-million copy best-selling novelist Jerry Jenkins comes a compelling international thriller that conveys you from present-day Texas to a dank Roman dungeon in A.D. 67, then down the dusty roads of ancient Israel, Asia, and back to Rome. A young seminary professor, Augustine Knox, is drawn into a deadly race to save priceless parchments from antiquities thieves and discovers a two- thousand-year old connection with another who faced death for the sake of the truth. I, Saul consists of two riveting adventures in one, transporting you between the stories of Augustine Knox and Saul of Tarsus. 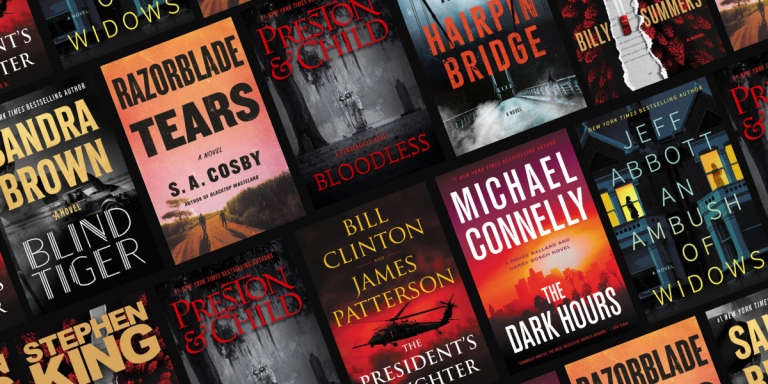 21 Mystery & Thriller Books to Get Excited About This Year 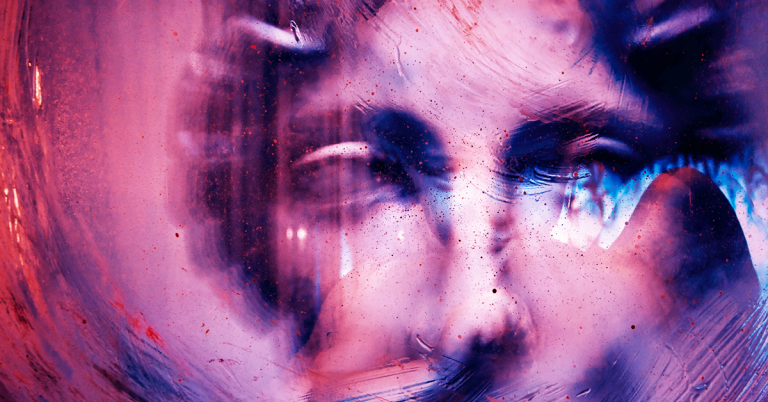 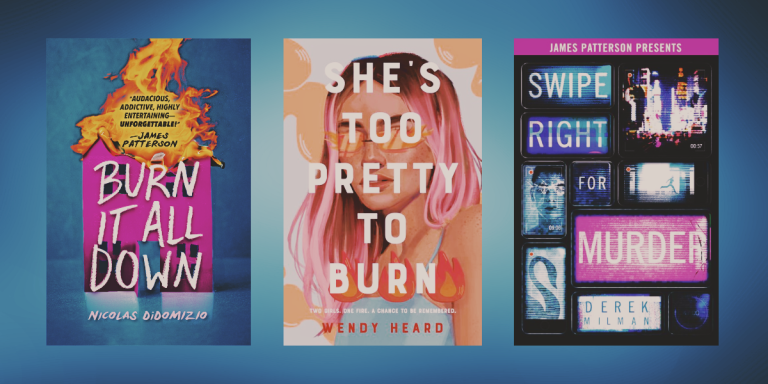