For this list, I’m going to be somewhat broad, perhaps, in my interpretation of what ‘noir fiction’ means.  I think one normally associates that label with the fiction that inspired the noir cinema of the 1940’s and 50’s, though I could be wrong about this, as I am about most things!

Nevertheless, right or wrong or somewhere-in-between, for the purposes of this list, I’m going to define noir quite broadly, as mentioned, and quite literally: fiction that has dark elements and deals with dark subjects, like murder and violence and cruelty.

And, mostly, what I’m going to do in this small essay/list, in complete disclosure, is suggest a bunch of books (and a short story) that I really love, all of which happen to be rather dark.  But which also contain, sometimes, the antidotes to darkness: courage, compassion, and love.

To begin–and completely contradict myself!–I’m going to start with the writer David Goodis whose fiction did inspire noir cinema!  His second novel, Dark Passage, was turned into the 1947 noir film of the same name, which featured Humphrey Bogart and Lauren Bacall, and it’s the story of a man unjustly convicted of murder who manages to escape from prison, and like most of Goodis’ work, Dark Passage reads like a lurid hallucination.

Goodis is a master at capturing the inner torment and the hellish external situations of his characters, as he does in this book, with a fast-paced, incessant prose style

that makes me think of a dentist drilling my teeth set to jazz, if that makes senses, which it may not.

But I hope you get the idea.

Of note in Dark Passage is an antagonist known as the Pest, a brilliant depiction of a character so banal and needy as to be evil.

One other thing about this book: Goodis in 1965 sued United Artists-Television and ABC for using Dark Passage as the basis for the television series “The Fugitive” and the court ruled incorrectly against Goodis, ironically mirroring the injustice at the heart of the book: an innocent man found guilty.

But then several years after Goodis died, the decision was reversed.

The only problem was that since Goodis was dead and he had no living beneficiaries a mere twelve-thousand dollars was paid to his literary estate, a pittance considering how popular the television series and subsequent films were.

But I guess that makes it a fitting ending for a Goodis story, where life is never fair.

Down There, another one of his fantastic books, is a frenzied depiction of a pianist’s life spiraling out of control in pain and suffering, a Goodis specialty as noted, and was the basis for more noir cinema: the Truffaut film Shoot The Piano Player (Tirez Sur Le Pianiste.)

And my favorite Goodis book is probably a collection of his called Black Friday & Selected Stories.

Black Friday was originally published in 1954 as a stand-alone novella or short novel, depending on where you fall on these issues of length, but this collection, which was put out in 2006 by the British publisher Serpent’s Tail, has an additional twelve stories.  These are stories that Goodis published in pulp magazines in the 40’s and 50’s, and the book is a gem for fans of Goodis and for plain old fans of pulp with despair at its core.

A meta-moment here: I just glanced at my word count and realize that I’ve used up quite a lot of my word count for this list on the very deserving Mr. Goodis, including this sentence.

So, going forward, I will have to be much more condensed in what I say, but that doesn’t mean I love any of the following books any less, including the next one on the list, Red Harvest, which, of course, was written by Dashiell Hammet.

This novel features Hammet’s most-oft repeated character, the unnamed detective whom one thinks of as the Continental Op, and to me, Red Harvest, which has an incredibly high body count as the Op cleans up a corrupt mining town, is the Mount Olympus of Op stories and my favorite of Hammett’s books, which is saying a lot since I love all of them.  It’s fast-paced, brutal, and written with jewel-like precision.  The dialogue is also fantastic and each character receives an x-ray-like description from the first-person Op, whose prose portraits of his fellow human beings are vivid and stunning.

Next on this list is Flannery O’Connor’s darkly comedic and chilling masterpiece of a short story, A Good Man is Hard to Find, which upsets me every time I read it, and in my mind may have–though I have no proof of this–inspired Truman Capote’s interest in the murders and the murderers that became the foundation of that noirest of books, In Cold Blood.

Now let’s have some current writers who have wonderfully disturbed me with their dark fictions.  First up is Richard Lange’s  This Wicked World, a brilliant page-turner set in Los Angeles, featuring meth dealers, dog fights, and a bartender with a hero-complex like a chip on his shoulder that will either kill him or save the day.

Then there’s Megan Abbot’s Give Me Your Hand, a stunning medical mystery, which bounces back and forth in time, teasing out a murder from the past and the ones that are coming, with grotesque inevitability, in the present, all delivered with gorgeous and effortless prose, while dropping insights into the human condition like casual bon mots.

Next up is Adam Sternbergh’s The Blinds, a kind of locked-room murder mystery set in a small, artificial town in the middle of the Texas desert, and it all felt like a fascinating blend of Stephen King-meets-Jim Thompson, with Sternbergh skillfully employing an omniscient narrator who enters each of the character’s minds and psyches like a dybbuk taking possession of a soul.

And the last book on this list, is the wonderful and masterful thriller, American Spy, by Lauren Wilkerson.  Ostensibly the story of a spy’s dangerous undercover mission, it is also a heartbreaking tale of doomed love, romantic and familial, told by a very brave FBI agent, who may or may not be working as an assassin for the CIA.  This agent also happens to be the loving mother of two small boys, boys she must protect at all costs, especially when she becomes the target.

So this concludes my list of thrilling noir fictions, all of which have delighted me and frightened me and kept me turning the pages deep into the night, long after I should have turned off the lights and taken refuge in my troubled dreams. 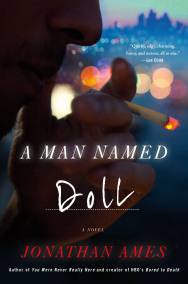 From the creator of HBO's Bored to Death, a deliciously noir novel about idiosyncratic private detective Happy Doll and his quest to help a dying friend in a sun-blinded Los Angeles as "quirky, edgy, charming, funny and serious" as its protagonist (Lee Child)
Happy Doll is a charming, if occasionally inexpert, private detective living just one sheer cliff drop beneath the Hollywood sign with his beloved half-Chihuahua half-Terrier, George. A veteran of both the Navy and LAPD, Doll supplements his meager income as a P.I. by working through the night at a local Thai spa that offers its clients a number of special services. Armed with his sixteen-inch steel telescopic baton, biting dry humor, and just a bit of a hero complex, the ex-cop sets out to protect the women who work there from clients who have trouble understanding the word "no."
Doll gets by just fine following his two basic rules: bark loudly and act first. But when things get out-of-hand with one particularly violent patron, even he finds himself wildly out of his depth, and then things take an even more dangerous twist when an old friend from his days as a cop shows up at his door with a bullet in his gut. 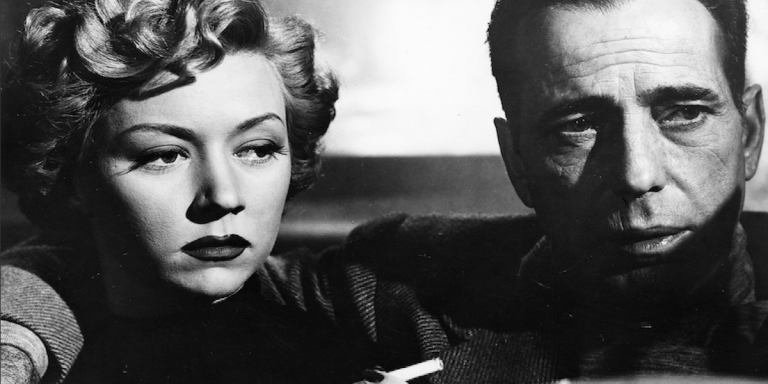 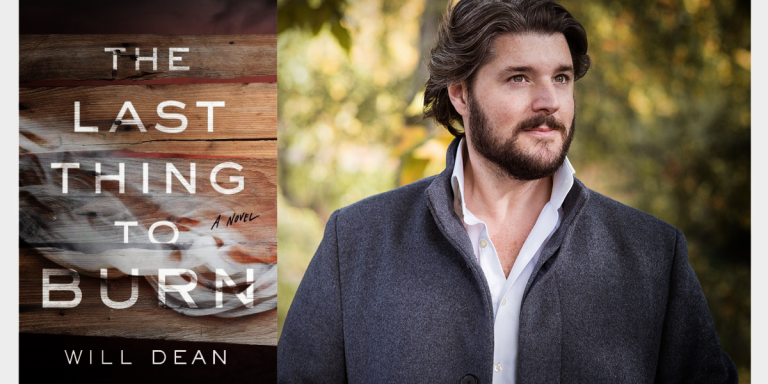 Will Dean Talks Living and Writing in Isolation