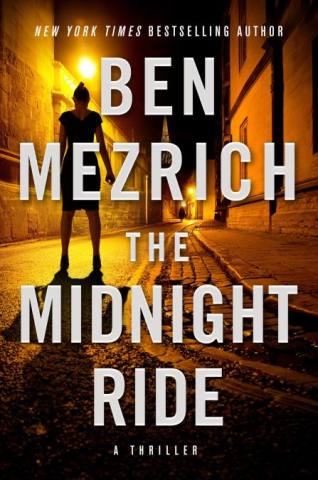 From the New York Times bestselling author of The Antisocial Network and Bitcoin Billionaires comes a thriller that connects the Gardner Museum heist with a tantalizing alternate history of New England's founding fathers.

“The Midnight Ride is one hell of a trip, a whirlwind tale of murder, mayhem, secret history, and the greatest art heist of all time. I’m a huge fan of Mezrich’s nonfiction books, and I totally devoured his foray into fiction. The guy is just an all-around amazing writer—and Hailey Gordon is a fabulous character. Highly recommended.”—Douglas Preston, #1 bestselling coauthor of Bloodless
"Cinematic, immersive, and completely entertaining! With The Midnight Ride, Boston gets its own Da Vinci Code, and after you race through these irresistible pages, you will never look at the city the same way again. Impeccably researched and captivatingly told. Standing ovation for this terrific thriller!"—Hank Phillippi Ryan , USA Today bestselling author of Her Perfect Life
"A fast ride, with casino hijinks, art heists, a college student looking for trouble, and a dangerous secret from the past. Talk about tense! Mezrich's book is fun with every twist and turn!"—R.L. Stine, author of Goosebumps and Fear Street
“A plot to savor. Witty, smart, detailed, and highly entertaining. The Midnight Ride is exactly what you’d expect from a master storyteller.”—Steve Berry, New York Times Bestselling Author of the Cotton Malone series
"Mezrich brings his high-energy... This one may very well be his best novel." —Booklist
“I love how Ben Mezrich writes: a mix of observational humor, cinematic descriptions, and detailed investigation.”—Katie Couric Media
“An adrenaline-pumping adventure…Ben Mezrich uses Paul Revere's legacy and the Gardner Museum art heist to craft a delirious, whiplash-generating Boston thriller.”—Shelf Awareness
“The Indiana Jones of thriller writers.”—The Big Thrill
Read More Read Less