The nominees for this year’s Anthony Awards have been announced. The winners will be showcased at this year’s Bouchercon in New Orleans, Tuesday, August 24th through Saturday, August 28th. To learn more about the event, visit Bouchercon 2021. 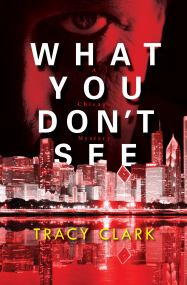 What You Don't See

Former cop Cass Raines knows the streets of Chicago all too well. Now she’s a private investigator and getting an exclusive glimpse into how the other half lives—and how they die . . . Wealth. Power. Celebrity. Vonda Allen’s glossy vanity magazine has taken the Windy City by storm, and she’s well on her way to building a one-woman media empire. Everybody adores her. Except the people who work for her. And the person who’s sending her flowers with death threats . . . 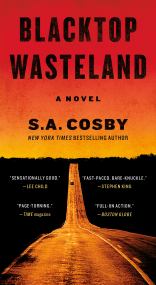 A husband, a father, a son, a business owner...And the best getaway driver east of the Mississippi.

Beauregard “Bug” Montage is an honest mechanic, a loving husband, and a hard-working dad. Bug knows there’s no future in the man he used to be: known from the hills of North Carolina to the beaches of Florida as the best wheelman on the East Coast.

He thought he'd left all that behind him, but as his carefully built new life begins to crumble, he finds himself drawn inexorably back into a world of blood and bullets. When a smooth-talking former associate comes calling with a can't-miss jewelry store heist, Bug feels he has no choice but to get back in the driver's seat. And Bug is at his best where the scent of gasoline mixes with the smell of fear.

Haunted by the ghost of who he used to be and the father who disappeared when he needed him most, Bug must find a way to navigate this blacktop wasteland...or die trying. 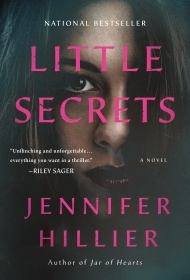 Overwhelmed by tragedy, a woman desperately tries to save her marriage in award-winning author Jennifer Hillier's Little Secrets, a riveting novel of psychological suspense. 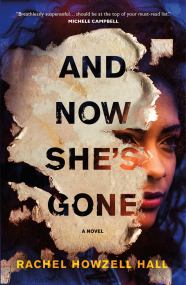 Isabel Lincoln is gone.
But is she missing?
It’s up to Grayson Sykes to find her. Although she is reluctant to track down a woman who may not want to be found, Gray’s search for Isabel Lincoln becomes more complicated and dangerous with every new revelation about the woman’s secrets and the truth she’s hidden from her friends and family.
Featuring two complicated women in a dangerous cat and mouse game, Rachel Howzell Hall's And Now She’s Gone explores the nature of secrets—and how violence and fear can lead you to abandon everything in order to survive. 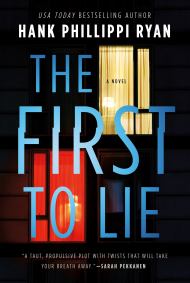 The First to Lie

We all have our reasons for being who we are—but what if being someone else could get you what you want?
After a devastating betrayal, a young woman sets off on an obsessive path to justice, no matter what dark family secrets are revealed. What she doesn’t know is that she isn’t the only one plotting her revenge.
An affluent daughter of privilege. A glamorous manipulative wannabe. A determined reporter, in too deep. A grieving widow who must choose her new reality. Who will be the first to lie? And when the stakes are life and death, do a few lies really matter? 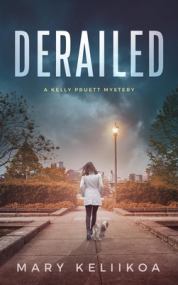 When a single mom of a deaf daughter inherits her father's PI business and aims to prove that a young woman's death wasn't an accident, she finds herself on a crash course with her complicated family and a killer determined to keep the truth hidden. 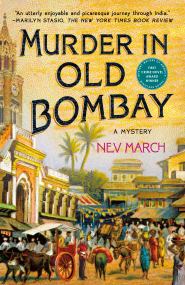 In 1892, Bombay is the center of British India. Nearby, Captain Jim Agnihotri lies in Poona military hospital recovering from a skirmish on the wild northern frontier, with little to do but re-read the tales of his idol, Sherlock Holmes, and browse the daily papers. The case that catches Captain Jim's attention is being called the crime of the century: Two women fell from the busy university’s clock tower in broad daylight. Moved by Adi, the widower of one of the victims—his certainty that his wife and sister did not commit suicide — Captain Jim approaches the Parsee family and is hired to investigate what happened that terrible afternoon.
But in a land of divided loyalties, asking questions is dangerous. Captain Jim's investigation disturbs the shadows that seem to follow the Framji family and triggers an ominous chain of events. And when lively Lady Diana Framji joins the hunt for her sisters’ attackers, Captain Jim’s heart isn’t safe, either. 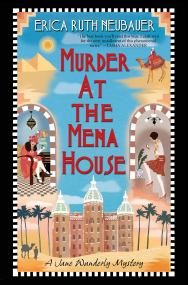 Murder at the Mena House

Traveling Egypt as a companion to her wealthy aunt in the years after WWI, a young woman accused of murdering a flapper at the luxurious Mena House hotel must investigate her fellow occupants to clear her name. The young couple who work in vaudeville, the playboy Egyptian, the Australian hotel doctor, the young woman cozied up to her aunt, even the handsome and mysterious Redvers—all seem to have something to hide. With its exotic, real-life setting and intriguing cast of suspects, Erica Ruth Neubauer's historical mystery debut is perfect for fans of Agatha Christie and Rhys Bowen. 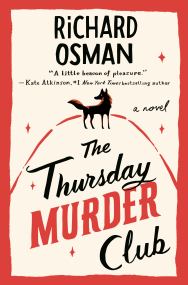 In a peaceful retirement village, four unlikely friends meet weekly in the Jigsaw Room to discuss unsolved crimes; together they call themselves the Thursday Murder Club.
When a local developer is found dead with a mysterious photograph left next to the body, the Thursday Murder Club suddenly find themselves in the middle of their first live case.
As the bodies begin to pile up, can our unorthodox but brilliant gang catch the killer, before it's too late? 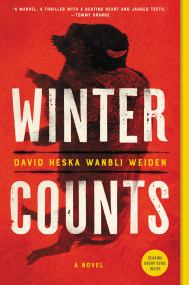 A groundbreaking thriller about a vigilante on a Native American reservation who embarks on a dangerous mission to track down the source of a heroin influx. 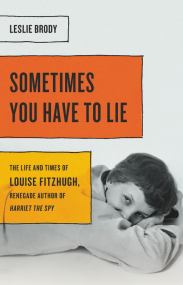 Sometimes You Have to Lie

Harriet the Spy, first published in 1964, has mesmerized generations of readers and launched a million diarists. Its beloved antiheroine, Harriet, is erratic, unsentimental, and endearing-very much like the woman who created her, Louise Fitzhugh.

Born in 1928, Fitzhugh was raised in segregated Memphis, but she soon escaped her cloistered world and headed for New York, where her expanded milieu stretched from the lesbian bars of Greenwich Village to the art world of postwar Europe, and her circle of friends included members of the avant-garde like Maurice Sendak and Lorraine Hansberry. Fitzhugh’s novels, written in an era of political defiance, are full of resistance: to authority, to conformity, and even—radically, for a children’s author—to make-believe. 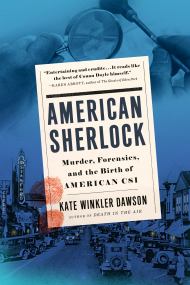 Berkeley, California, 1933. In a lab filled with curiosities—beakers, microscopes, Bunsen burners, and hundreds upon hundreds of books—sat an investigator who would go on to crack at least two thousand cases in his forty-year career. Known as the "American Sherlock Holmes," Edward Oscar Heinrich was one of America's greatest—and first—forensic scientists, with an uncanny knack for finding clues, establishing evidence, and deducing answers with a skill that seemed almost supernatural. 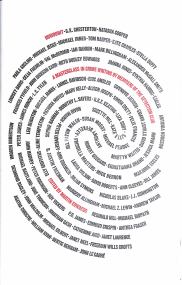 Howdunit: a Masterclass in Crime Writing by Members of the Detection Club

Howdunit offers a fresh perspective on the craft of crime writing from leading exponents of the genre, past and present. The book offers invaluable advice to people interested in writing crime fiction, but it also provides a fascinating picture of the way that the best crime writers have honed their skills over the years. Its unique construction and content mean that it will appeal not only to would-be writers but also to a very wide readership of crime fans. 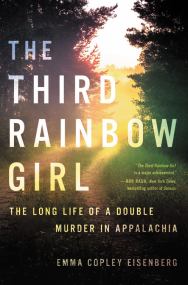 A stunning, complex narrative about the fractured legacy of a decades-old double murder in rural West Virginia—and the writer determined to put the pieces back together. 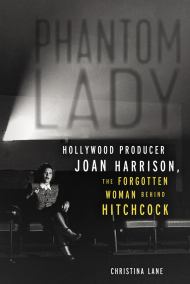 In 1933, Joan Harrison was a twenty-six-year-old former salesgirl with a dream of escaping both her stodgy London suburb and the dreadful prospect of settling down with one of the local boys. A few short years later, she was Alfred Hitchcock’s confidante and one of the Oscar-nominated screenwriters of his first American film, Rebecca. Harrison had quickly grown from being the worst secretary Hitchcock ever had to one of his closest collaborators, critically shaping his brand as the “Master of Suspense.” A brilliant anthology of modern true-crime writing that illustrates the appeal of this powerful and popular genre, edited and curated by Sarah Weinman, the award-winning author of The Real Lolita. 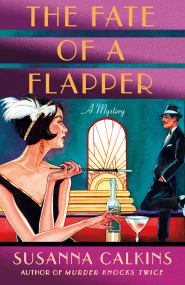 The Fate of a Flapper

After nine months as a cigarette girl at the Third Door, one of Chicago’s premier moonshine parlors, Gina Ricci feels like she's finally getting into the swing of things. The year is 1929, the Chicago Cubs are almost in the World Series, neighborhood gangs are all-powerful, and though Prohibition is the law of the land, the Third Door can't serve the cocktails fast enough. 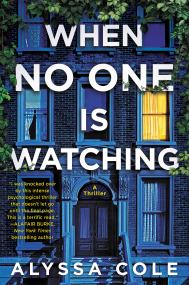 Sydney Green is Brooklyn born and raised, but her beloved neighborhood seems to change every time she blinks. Condos are sprouting like weeds, FOR SALE signs are popping up overnight, and the neighbors she’s known all her life are disappearing. To hold onto her community’s past and present, Sydney channels her frustration into a walking tour and finds an unlikely and unwanted assistant in one of the new arrivals to the block—her neighbor Theo.

But Sydney and Theo’s deep dive into history quickly becomes a dizzying descent into paranoia and fear. Their neighbors may not have moved to the suburbs after all, and the push to revitalize the community may be more deadly than advertised. 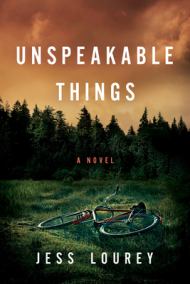 Inspired by a terrifying true story from the author’s hometown, a heart-pounding novel of suspense about a small Minnesota community where nothing is as quiet—or as safe—as it seems. 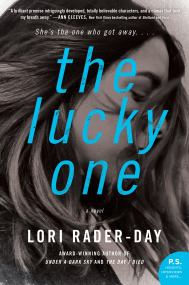 As a child, Alice was stolen from her backyard in a tiny Indiana community, but against the odds, her policeman father tracked her down within twenty-four hours and rescued her from harm. In the aftermath of the crime, her family decided to move to Chicago and close the door on that horrible day.

Yet Alice hasn’t forgotten. She devotes her spare time volunteering for a website called The Doe Pages scrolling through pages upon pages of unidentified people, searching for clues that could help reunite families with their missing loved ones. When a face appears on Alice’s screen that she recognizes, she’s stunned to realize it’s the same man who kidnapped her decades ago. The post is deleted as quickly as it appeared, leaving Alice with more questions than answers.

Embarking on a search for the truth, she enlists the help of friends from The Doe Pages to connect the dots and find her kidnapper before he hurts someone else.

Noiryorican – Richie Narvaez – Down & Out Books 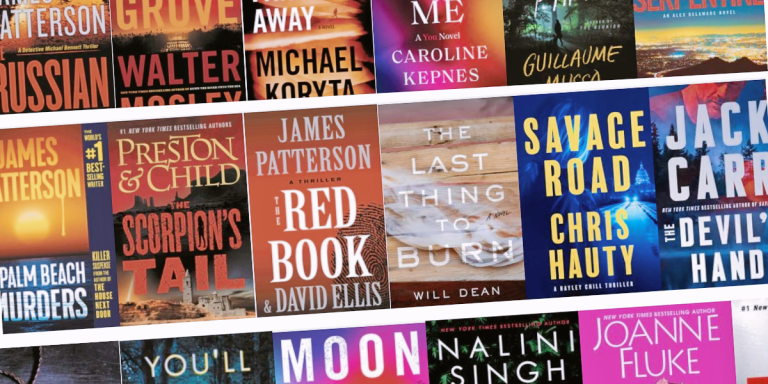 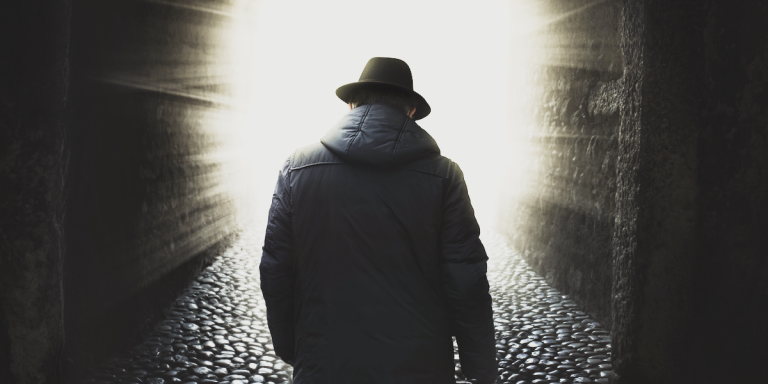